A number of Mujahedin-e Khalq former members, as well as the group’s hostages’ families and victims of the group’s terror acts met Ms. Royal on Sunday August 29, 2016. 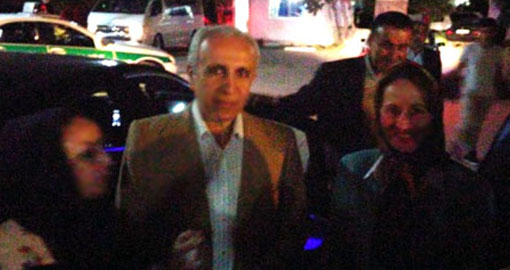 The French Environment Minister listened by great interest to the representatives of the MKO victims’ delegation: Ms. Narges Beheshti and Mr. Khodabandeh.

Ms. Segolene Royal welcomed and appreciated the documentations’ on the MKO Cult as well as the group’s hostages’ families’ pleas offered to her by the MKO victims’ representatives.

The French minister is on a three-day visit to Iran with senior business figures from French environmental and renewable energy firms.

Segolene Royal met in Tehran with the head of Iran’s Environmental Protection Organisation, Massoumeh Ebtekar, and a group of ministers, agreeing to work together on the water shortage, energy efficiency and pollution problems facing Iran. She criticized the refusal of her country’s banks to work with the Islamic republic.

It’s worth mentioning that Ms. Royal received a campaign endorsement from Mujahedin-e Khalq group in 2007 as a French presidential candidate and opponent to the right-wing Nicholas Sarkozy.

Congratulating Ms. Segolene Royal on her victory as the Socialist Party’s candidate for the 2007 French presidential elections Maryam Rajavi said:”

"The Iranian Resistance for liberty and democracy and I share the joy and happiness that you expressed when your victory in the internal elections of the Socialist Party was announced".

The group also held a rally in support of Segolene Royal. PMOI spokesman Shahria Kia said the rally was attended by his group and by Iranian and Iraqi opposition groups who feel Royal would be a better ally than previous French presidents in their battle with the Tehran regime, AFP reported at the time.