Washington uses the MKO to fight a covert war against Iran

Muslim Press has conducted an interview with political commentator Yuram Abdullah Weiler to discuss the MKO terrorist group and its recent activities.

Here’s the full text of the interview:

MP: Mr. Abdullah, what’s your take on the MKO terrorist group and its recent activities?

Yuram Abdullah: Known also by the acronyms MEK and PMOI (The People’s Mujahedin and the People’s Mujahedin Organization of Iran), the Mujahedin-e Khalq organization is dedicated to the violent overthrow of the legitimate government of the Islamic Republic of Iran. With the MKO’s removal from the list, the terrorist organization can legally seek funding from the U.S. government, some of whose officials have already received hundreds of thousands of dollars in fees for speaking on its behalf. 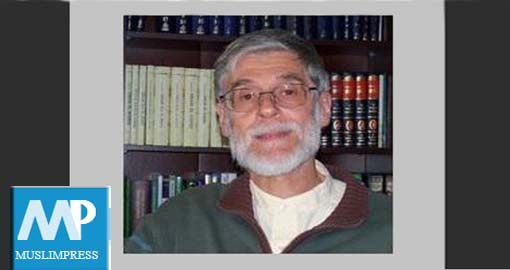 In an especially flagrant display of double standards, the United States removed the Mujahedin-e Khalq from the country’s list of designated terrorist organizations, as announced by the U.S. State Department on September 28, 2012. The delisting and support of the MKO by the United States, a terrorist organization that has killed over 12,000 Iranians, is perhaps is one of its most hypocritical and duplicitous acts of state-sponsored terrorism against Iran in the post-9/11 period.

MP: Can you shed more light on why Iranians despise the MKO members?

Yuram Abdullah: While the MKO did participate in the Islamic Revolution, later on it withdrew its support, refusing to participate in a public referendum and began to directly oppose the fledgling government of Islamic Republic of Iran. The about face came after Ayatollah Khomeini had submitted the proposed constitution for an Islamic government to a public referendum on December 2,1979, urging support of the referendum and warning that abstaining or voting “no” would amount to aiding and abetting the United States, and desecrating the martyrs of the Islamic Revolution.

Following the 1981 impeachment of Abol Hassan Bani Sadr, who was suspected of CIA involvement, the MKO called for massive demonstrations against the nascent government on June 20 compelling security officials to initiate a crackdown on the group. On June 28, the MKO began a series of lethal terrorist attacks in an attempt to topple the government beginning with the bombing of the headquarters of the Islamic Republic Party during a meeting of party leaders, killing Ayatollah Mohammed Beheshti along with four cabinet ministers, twenty-seven members of the Majlis and several other government officials for a total of 74 fatalities.

Following the attempted overthrow of the government in June 1981 by the MKO, Bani Sadr along with Masoud Rajavi, and other leaders of the organization fled Iran for Paris on July 29 where they established the National Council of Resistance (NCR). After being evicted from France in 1986, Rajavi relocated the MKO to Iraq, where, receiving asylum and financial support from Saddam, he formed in 1987 the National Liberation Army (NLA), the military wing of the MKO, with himself as commander in chief.

The NLA used Iraq as a base to launch multiple attacks across the border into Iran. In June and July 1988, the NLA participated in a joint invasion into Iran with Iraqi forces, which used chemical weapons against Iranians. The NLA, claiming to have killed 40,000 Iranians in their assault, briefly captured the Iranian border towns of Mehran, Karand, and Islamabad-e Gharb, but were routed by Iranian reinforcements. The Habilian organization puts the number of Iranian victims of the MKO at around 12,000, which is certainly sufficient to account for the despised status of the MKO, whose members are referred to within Iran as “munafeqin” or hypocrites.

MP: Secretary of Iran’s Expediency Council Mohsen Rezaei has compared MKO to ISIS in their barbaric acts. What could you say about this?

Yuram Abdullah: A brief examination of the MKO’s recent record will certainly verify this assertion. In 1991 after the first Persian Gulf War, the MKO assisted Saddam in his sanguine suppression of the Shi’a uprisings, which had been incited by George H.W. Bush, and continued to serve the tyrant well as a supplemental internal security force for his regime. On April 5, 1992, the MKO conducted a series of near-simultaneous attacks on Iranian Embassies, diplomatic missions and installations in 13 countries, including the United States, Canada, Germany, France, Britain, Switzerland, the Netherlands, Denmark, Sweden, Norway, and Australia. On July 16, the MKO carried out an attack on an automobile carrying Iranian Foreign Minister Velayati during a visit to Potsdam. Similar MKO terror operations have occurred in other European countries, including France, Italy, and Switzerland, just like Daesh.

In 1994 and 1995, the terrorist group carried out a series of mortar and bomb attacks on civilian targets including automobiles, highways, public government buildings, businesses, and private homes. In April 1999, the terrorist organization assassinated the deputy chief of the Armed Forces General Staff of Iran, and carried out mortar attacks and hit-and-run raids on Iranian military and law enforcement units, and government buildings near the Iran-Iraq border throughout the years 2000 and 2001.

MP: Do you think anti-Iran countries are trying to revive this group?

Yuram Abdullah: Just as the U.S. used the Afghan mujahedin for a covert U.S. war to fight a proxy war against the Soviet Union in Afghanistan, the U.S. is using the MKO in conjunction with Mossad to fight a covert war against the government of the Islamic Republic of Iran. And the U.S. has even trained members of the MKO at the U.S. Department of Energy Nevada Security Site under the auspices of the Joint Operations Special Command between 2005 and 2008. According to an unnamed source, as a result of the Nevada JSOC training, “MKO now has a capacity for efficient operations that it never had before.”

Additionally, senior U.S. officials have confirmed that the MKO, working through the Zionist spy organization Mossad, has been responsible for carrying out the assassinations since 2007 of five top Iranian scientists: Mostafa Ahamdi Roshan on Jan. 11, 2012; Darioush Rezaei-Nejad on July 23, 2011; Majid Shahriari on November 29, 2010; Massoud Ali-Mohammadi on January 12, 2010; and, Ardeshir Hosseinpour on January 15, 2007.

MP: MKO has formed a close relationship with Saudi Arabia and its allies, including Mahmoud Abbas. What’s your opinion about these flourishing relationships?

Yuram Abdullah: On 9 July 2016, former Saudi intelligence chief and former Saudi ambassador to Britain and the United States Prince Turki al-Faisal Al Saud spoke for 30 minutes before a crowd in Paris, France gathered for the annual conference of the MKO. This is not totally surprising, for there has been a long list of U.S. politicians, including Newt Gingrich, the former speaker of the House, Bill Richardson, a former New Mexico governor and U.N. ambassador under Bill Clinton, and former Vermont governor Howard Dean, have spoken to and received handsome fees from the MKO. These fees, in the neighborhood of $25,000 each, may have been funded by Saudi Arabia, so covert support of the MKO may not be a recent development.

In contrast, al-Faisal’s overtly inflammatory rhetoric against Ayatollah Khomeini however was indeed shocking. Stating that Iran was infected with a “Khomeini cancer,” al-Faisal, openly called for regime change by declaring, “I, too, want the downfall of the regime.” The rhetoric directly threatening the Islamic Republic of Iran may have been for its support of the legitimate government in Syria, Lebanese Hezbollah, and for its support of Houthi resistance fighters in Yemen. At a minimum, al-Faisal’s announcement certainly chills any further efforts by Tehran to deice diplomatic relations with Riyadh.

The U.S., the Israeli entity, and the Saudis appear to have convergent interests in destabilizing Iran with the ultimate goal of toppling the Islamic government and installing a pro-western client regime. Certainly U.S. and Saudi support for terrorist organizations to fight their proxy wars is nothing new and the symbiotic relationship dates back to the 1980s, when Washington and Riyadh partnered to fund the Afghan mujahedin, which later morphed into the terrorist group al-Qa’idah.

As far as Mahmoud Abbas’ meeting with Maryam Razavi three weeks after al-Faisal’s disclosure, it is not clear what the aging American puppet hoped to accomplish. As a largely irrelevant figure in the fight for the rights of the oppressed Palestinian people, Abbas may have simply desired to show himself as associating with an opponent of Iran, which is a requirement to remain in the good graces of the U.S. and the Israeli entity. On the other hand, the Abbas-MKO meeting may signal the reestablishment of a Fatah-MKO coalition, which fought together against Iran during the 1980-1988 Iraq-imposed (and U.S.-backed) war.

MP: France has recently hosted a meeting of this terrorist group. How does this affect Iranian-French relations?

Yuram Abdullah: As previously mentioned, the National Council of Resistance of Iran (NCRI), a political front for the MKO, hosts an annual conference in Paris to gather together the diverse elements of the “Iranian opposition.” It is quite telling this year that the keynote speaker was former White House Director of Public Liaison Linda Chavez, who spoke of the “Iranian resistance,” by which she meant the MKO, as the only way to establish democracy in Iran. Chavez’s speech along with those by a number of other American officials demonstrates the untrustworthiness of the U.S. to live up to its commitments in the JCPOA.

As far as the effect of the MKO conference and relations between the Islamic Republic of Iran and France, recall that back in January, President Rouhani and French president Hollande signed trade agreements worth billions of U.S. dollars; the deal with Air Bus for 18 planes was worth $25 billion alone. But relations between Iran and France have had their vicissitudes. France appeared to take a hardline approach to the JCPOA, but in view of the state of the French economy, I doubt that Hollande is going to squelch the lucrative deals he has cut with Iran because of another conference held by the MKO.