Mujahedin-e Khalq former members gathered together to discuss the activities and achievements of the group during the last thirty years. 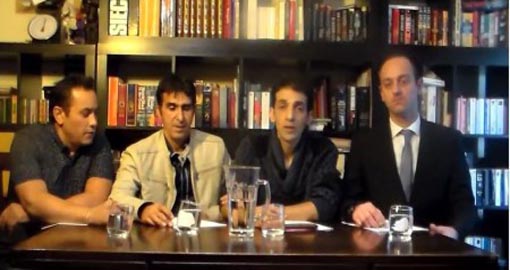 Members of Yaran-e Iran association analyzed the MKO’s function since the group’s moving to Iraq, its relocation from Camp Ashraf to Camp Liberty and then its expulsion from the country.

Participants who have spent long years of their lives within the Cult affairs, criticized the group’s leader efforts to pretend the forced relocation to Tirana as “A Great Victory”.

Mr. Ghafour Fatahian referred to Maryam Rajavi’s last year remarks demanding the US to rearm the group and her efforts to change Camp Liberty from a Temporary Transit Location to a Refugee Camp and said the group was forced to leave the Iraqi territory, so there is no victory for the group.

Yaran-e Iran published a video file of the meeting on their website: http://www.yaraniran.com/