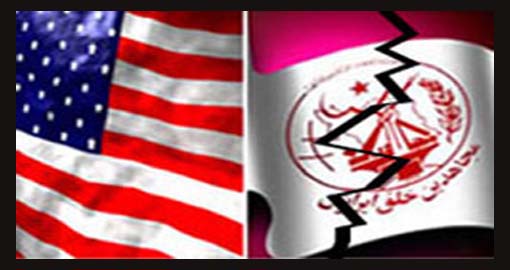 Of itself this lack of response should be enough to clarify that a bunch of sick and deviant pensioners in Albania does not count as a credible or viable tool in anybody’s book. America can’t expect Iran to pay a price for a heap of rotting rubbish. Indeed, this letter only shows Iran how empty the anti-Iran toolbox is.

Sources close to the MEK have revealed that Maryam Rajavi has promised the Saudis that if she gets paid enough, the MEK, NCRI (whatever they call themselves), will be able to gather all the Iranian opposition under their wing and be the voice of all these various groups – whether based in London and Washington writing and talking, or in Kurdistan and Baluchistan carrying out terrorist acts, or any of the others. Whether this absurd claim has been bought by the Saudis we don’t know. What we do know is that the MEK’s expenditure in London and Washington has increased.

All the Americans need to know is that this is an impossible promise and the MEK are simply milking whatever resources they can.

As far as Iran is concerned, there has been no response to this. And why would you expect any – this is a letter signed by paid lobbyists and former officials.

Most definitely Iran is waiting to see if this gains substance in the new Trump administration. If it does, Iran will be delighted. What better for Iran than to have ex-Saddamists, supporters of Daesh and terrorists as the ‘only opposition’! Iran would dearly love to have that card on the table in any future 5+1 negotiations.