If Terrorists Targeted Russia, Who’s Behind the Terrorists?

Eleven have been killed and dozens more injured in what is an apparent terrorist attack on St. Petersburg’s metro system. Western analysts are assigning possible blame for the attack on either terrorists operating from Russia’s Chechnya region, or possibly terrorist groups affiliated with fronts fighting in Syria. 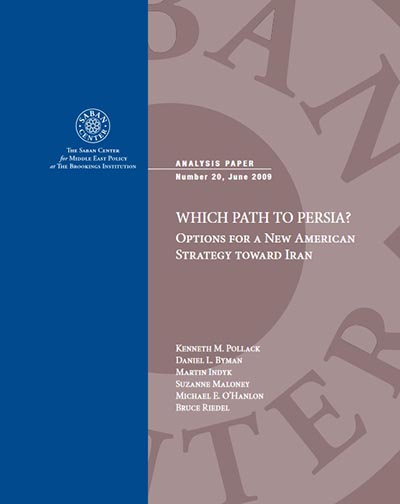 Western analysts are also attempting to cement a narrative that downplays the significance of the attacks and instead attempts to leverage them politically against Moscow. A piece in the Sydney Morning Herald titled, “Fears of a Putin crackdown after terror attack on St Petersburg metro,” would attempt to claim:

So who is to blame? No one has said officially. The BBC’s Frank Gardner says suspicions will centre around Chechen nationalists or an Islamic State inspired group wanting payback for Putin’s airstrikes in Syria. Or it could be a combination of both.

Putin has in the past justified crackdowns on civilian protests by citing the terror threat. But will he this time, and will it work?

At least one pro-Kremlin commentator has linked the attack to the recent mass demonstrations organised by Putin’s political opponent.

Yet, in reality, the demonstrations and the terrorist groups being implicated both share a significant common denominator – both are openly long-term recipients of US-European aid, with the latter group also receiving significant material support from US-European allies in the Persian Gulf, primarily Saudi Arabia, Qatar, and the United Arab Emirates (UAE).

Beyond Chechnya, the United States’ own Defense Intelligence Agency (DIA) would admit in a 2012 memo (PDF) that:

If the situation unravels there is the possibility of establishing a declared or undeclared Salafist principality in eastern Syria (Hasaka and Der Zor), and this is exactly what the supporting powers to the opposition want, in order to isolate the Syrian regime, which is considered the strategic depth of the Shia expansion (Iraq and Iran).

The DIA memo then explains exactly who this “Salafist principality’s” supporters are (and who its true enemies are):

The West, Gulf countries, and Turkey support the opposition; while Russia, China, and Iran support the regime.

In essence, the “Salafist” (Islamic) “principality” (State) was a creation of the US in pursuit of its attempted regime change agenda in Syria. The current, self-proclaimed “Islamic State” is situated precisely in eastern Syria where the DIA memo claimed its state sponsors sought to place it. Its role in undermining Damascus and its allies’ attempts to restore peace and order to the Syrian state is obvious.

The fact that NATO-member Turkey served as a logistical, training, and financial hub for not only the Islamic State’s activities, but also other terrorist groups including Al Qaeda’s regional franchise – Al Nusra – also further implicates not only possible Al Qaeda and Islamic State involvement in the recent St. Petersburg blast, but also these organizations’ state sponsors – those who “support the opposition” in Syria.

Whether the United States played a direct role in the St. Petersburg blast or not is inconsequential. Without the massive state sponsorship both Washington and its European and Persian Gulf allies have provided these groups, such global-spanning mayhem would be impossible. The fact that the US seeks to undermine Russia politically, economically, and in many ways, militarily, and has recently fielded US-European-funded mobs in Russia’s streets – means that it is likely not a coincidence violence is now also being employed against Russia within Russian territory.

As per US policymakers’ own documented machinations – such as the 2009 Brookings Institution report, “Which Path to Persia?: Options for a New American Strategy Toward Iran” (PDF) – a militant component is prescribed as absolutely essential for the success of any street movement Washington manages to stir up against targeted states.

In the Brookings Institution document, it stated unequivocally in regards to toppling the government of Iran, that (emphasis added):

Consequently, if the United States ever succeeds in sparking a revolt against the clerical regime, Washington may have to consider whether to provide it with some form of military support to prevent Tehran from crushing it. This requirement means that a popular revolution in Iran does not seem to fit the model of the “velvet revolutions” that occurred elsewhere. The point is that the Iranian regime may not be willing to go gently into that good night; instead, and unlike so many Eastern European regimes, it may choose to fight to the death. In those circumstances, if there is not external military assistance to the revolutionaries, they might not just fail but be massacred.   Consequently, if the United States is to pursue this policy, Washington must take this possibility into consideration. It adds some very important requirements to the list: either the policy must include ways to weaken the Iranian military or weaken the willingness of the regime’s leaders to call on the military, or else the United States must be ready to intervene to defeat it.”

The policy document would also openly conspire to fund and arm listed terrorist organizations including the notorious Mujahedin-e Khalq (MEK). The document would state:

The United States could work with groups like the Iraq-based National Council of Resistance of Iran (NCRI) and its military wing, the Mujahedin-e Khalq (MEK), helping the thousands of its members who, under Saddam Husayn’s regime, were armed and had conducted guerrilla and terrorist operations against the clerical regime. Although the NCRI is supposedly disarmed today, that could quickly be changed.

It would also admit that (emphasis added):

Undeniably, the group has conducted terrorist attacks—often excused by the MEK’s advocates because they are directed against the Iranian government. For example, in 1981, the group bombed the headquarters of the Islamic Republic Party, which was then the clerical leadership’s main political organization, killing an estimated 70 senior officials. More recently, the group has claimed credit for over a dozen mortar attacks, assassinations, and other assaults on Iranian civilian and military targets between 1998 and 2001. At the very least, to work more closely with the group (at least in an overt manner), Washington would need to remove it from the list of foreign terrorist organizations.

If US policymakers have openly conspired to arm and fund known terrorist organizations guilty of murdering not only civilians in nations like Iran but also citizens of the United States itself, why would they hesitate to do likewise in Russia?

While the US poses as engaged in a battle against the so-called “Islamic State” in Syria, it has left its obvious, overt state sponsors unscathed both politically and financially.  If the bombing in St. Petersburg is linked to US-European-Persian Gulf state sponsored terrorism, it will be only the latest in a long and bloody tradition of using terrorism as a geopolitical  tool.

The US, having been frustrated in Syria and having little to no leverage at the negotiation table, is likely trying to “show” Moscow that it can still create chaos both beyond Russia’s borders amongst its allies, and within Russia’s borders – regardless of how well Russians have weathered such tactics in the past.

What’s going on in MKO Camps in Albania?