For years the Saudis have waged proxy battles against Iran, with little success. Now, despite this history of losses, Riyadh appears to be mobilizing for an ill-conceived confrontation with the Islamic Republic. 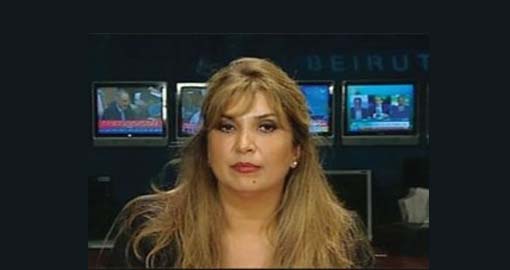 “We know we are a main target of Iran,” speculated Saudi Deputy Crown Prince Mohammed bin Salman (MbS) in an interview early this month.

These are fighting words indeed. The Iranians certainly thought so, Defense Minister Hossein Dehghan responding with unusual ferocity: “We warn them (Saudis) against doing anything ignorant, but if they do something ignorant, we will leave nowhere untouched apart from Mecca and Medina.”

In other words, if the Saudis launch direct aggression against Iran, this will be Riyadh’s last war anywhere, ever.

It’s an important line to draw. The Saudis, after all, have been in meltdown since the 1979 Islamic Revolution in Iran saw popular protests dethroning a King (gasp).

And so, for the past 38 years, we have witnessed an increasingly aggressive Saudi Arabia in the region, chasing down Iranian/Shia enemies where there were none. Just look at Yemen, where the two-year Saudi bombing blitz has killed over 10,000 civilians, or Bahrain, where Saudi troops and tanks snuffed out dissent in the Shia-majority state, or Syria, where Saudis send weapons, cash and support to ISIS, Al-Qaeda and other head-chopping extremists. This Saudi hysteria has now touched every corner of the world, and by the $100+ billion Riyadh has invested in radical schools, mosques, and propaganda to indoctrinate an entire generation of Muslims in Wahhabi-style intolerance.

But while the Saudis are hell-bent on thwarting Iranian influence – real or imagined – Riyadh has never dared to take on the Islamic Republic directly.

As former US Secretary of Defense Robert Gates famously noted in a 2010 WikiLeaks cable, the Saudis always want to “fight the Iranians to the last American.” To which he then added, “it is time for them to get in the game.”

Now perhaps, under the direction of a 31-year old princeling, the Saudis are planning to do just that.

Some perspective first on these two Persian Gulf “rivals,” in which I borrow heavily from an earlier interview of mine:

Both Iran and Saudi Arabia are rich in energy resources and have used this rentier wealth to advance their national goals, albeit with vastly differing results. Iran’s economy is focused on diversification away from the energy sector, developing self-sufficiency and becoming a net exporter. Saudi Arabia is import-focused. Iran spends $15 billion per annum on its military – compared to Saudi’s $80 billion – yet has one of the most competent military forces in the region and builds its own hardware. The Iranian political system is Constitution-based, diverse, and representative, with loudly competing political blocs that come with their own media and constituencies. The Saudi monarchy is based entirely on the rule of one family, with no meaningful elections or contesting political bodies, and little freedom of ex

In the past few years, we have clearly observed how Iran and Saudi Arabia’s nation-building approaches have affected the success of their geopolitical strategies. Both states have experienced existential fears and threats, and their respective alliances have now confronted each other on a few battlefields. Iran has approached the matter of its strategic depth carefully and built alliances with partners that genuinely share the common values of independence, self-determination, and resistance against imperialism. The Saudis, on the other hand, have forged their external alliances with hegemony or dominance as the primary objective – irrespective of the divergent interests and values of allies. There is little contest – one side is a nation- and region-building, while the other flails about with unreliable alliances, propped up by petrodollars and all the strategic brilliance of a sledgehammer.

How can this relationship be classed as a rivalry, when the two don’t even operate on the same playing field? Would Tehran even notice Riyadh outside of OPEC meetings if it weren’t so belligerent at every turn, on every border?

But MbS’s promise to bring “the battle” to Iran must be taken seriously because it will not be launched alone. The Saudi prince’s chest thumping comes courtesy of an upgrade in relations with Washington. US President Donald Trump is enthusiastically pushing billions of dollars in weapons sales to the Saudis, and has chosen Riyadh as the destination for his first official foreign visit, championing the establishment of an “Arab NATO” that partners with Israel to confront Iran.

Don’t expect a conventional military confrontation as the opening gambit, however. The US, Israel and Saudi Arabia are experienced in subversion and sabotage activities against the Islamic Republic, and this is where they are likely to focus their initial efforts.

Last week, Iran’s Supreme Leader Ali Khamenei warned of foreign interference in the lead-up to Friday’s presidential poll: “the security of the country should be fully protected during the elections. Anyone who violates this should know he will certainly be punished.“

Calling for public vigilance, Khamenei outlined short, medium and long-term “enemy” goals in Iran: “to distort the country’s security and trigger chaos and sedition… targeting issues like that of the economy and living conditions of the people…(and) an effort to change the system.”

So how will the Saudis play a role? Riyadh’s hand in this “battle” will likely be seen on and inside Iran’s borders, in the same form we have witnessed in Syria, Iraq, Afghanistan and other theaters flooded with Saudi-backed militants.

Demographically, Iran is around 60 percent ethnically Persian, followed by a mix of Azeris, Kurds, Lurs, Turkmens, Arabs, and others. Some 99 percent of Iranians are Muslim, more than 90 percent of these Shia, the rest Sunni, and the remaining one percent a mix of Christians, Jews, Zoroastrians, and others.

Iranian Arabs who are concentrated in the south near the Iraqi border and the Persian Gulf – as well as around the Strait of Hormuz – are also mostly Shia. Iranian Sunni populations consist mainly of Kurds, Turkmens, and Balochis, and this is the demographic where signs of foreign interference are most notable today.

In recent years, thousands of Iranian security forces have been killed on the border of Iran’s Sistan and Baluchistan province with Pakistan – most recently in April when ten Iranian border guards died in a cross-border terrorist raid.

Reportedly, the operation was conducted by Jaish al-Adl (Army of Justice), a sectarian terrorist group the Iranians say is being directed by the US and Saudi Arabia. The US has traceable ties to some of these groups, notably Jundallah which received Bush-era funds from Washington before being listed as a terrorist organization. That “terrorist” designation, Iran knows, means little. The Mojahedin-e-Khalq (MEK) was listed by the State Department for decades, but then de-listed in 2012 and is today being actively courted by US officials.

Jaish al-Adl is an offshoot of Sipah-e-Sahaba, an anti-Shia extremist group banned in Pakistan, but which appears to continue to enjoy both Saudi and Pakistani support. Sipah leaders are ferried around the border areas with Pakistani guards, and fill their ranks with young graduates of Saudi-funded Deobandi madrassahs rife inside the Pakistani border.

US hands are all over the minority map in Iran too. Media, think tanks and politicians highlight and encourage aspirations of Iranian minorities at every opportunity, and will undoubtedly take a more active role in stirring divisions as tensions escalate.

Cue the Kurds. Both US and Saudi fingerprints are all over this project of inciting a Kurdish rebellion inside Iran. Last June and July, for the first time in 20 years, Kurds in Iran’s northwest clashed with Revolutionary Guards, killing several on both sides.

The Kurdish group involved was the Democratic Party of Iranian Kurdistan (PDKI), a longtime Iranian-designated terrorist organization that announced in 2015 it would take up arms against the state. Not surprisingly, that declaration came shortly after PDKI leader Mustafa Hijri visited congressional leaders in Washington.

American dirty tricks are certainly not new in Iran. Former Kennedy-era State Department official Richard J. Barnet wrote in 1968: “The (US) intervention in Iran in 1953 to unseat Premier Mohammed Mossadeq was America’s first successful attempt in the postwar period to subvert a nationalist government.”

According to Barnet, “Five US agents and seven Iranian intelligence operatives” led by CIA operative Kermit Roosevelt “plotted the coup from a Tehran basement.” They were responsible for “recruiting street mobs to oppose the Mossadeq supporters… With the help of substantial sums, which Roosevelt used for hired demonstrators to whip up the growing anti-Mossadeq mobs, and the support of the Iranian army, heavily dependent on US equipment, the insurgents were able to turn the tide against the intractable premier and to drive him from office.”

Iran is intimately familiar with these foreign machinations and has been vigilantly countering them in the decades since the Islamic Revolution.

This is not the compliant Shah’s Iran – this Iran, today, is an independent, sovereign nation-state that came through an 8-year foreign-imposed war with Iraq and built with its own hands a formidable military deterrent.

As we have seen with Iran’s activities in Syria, Iraq, and Lebanon, the country’s ‘strategic depth’ is a red line – its national borders even more so. After warning the Iraqi government in 2014 that it would take decisive action if ISIS came within 40 kilometers of its border, the Iranian air force – for the first time since the Iran-Iraq war – used F-4 Phantom fighter jets to conduct airstrikes in Diyala province on its western border.

Iran’s armed forces chief Mohammad Hossein Bagheri has also now threatened military action on Pakistani territory unless Islamabad takes control of its borders, saying: “Unfortunately, the Pakistani border area has turned into a refuge and training ground for terrorists hired by Saudi Arabia, with the approval of the United States.”

In a letter this month to the UN Security Council, Iran’s UN Ambassador Gholamali Khoshroo addressed the Saudi threats: “We have no desire, nor any interest, in an escalation of tension in our neighborhood…We continue to stand ready for dialogue and accommodation to promote regional stability, combat destabilizing extremist violence and reject sectarian hatred…We hope Saudi Arabia will be persuaded to heed the call of reason.”

The Saudi princeling Mohammad bin Salman made a novice’s mistake by threatening to bring war to Iran – he put the world on notice. Any Iranian reaction now bears the full legitimacy of international law for a measured retaliation. The Saudi borders are long, its populations restive, and its soldiers have not seen this kind of war. We may yet live to see a Saudi royal eat his words.

The statements, views and opinions expressed in this column are solely those of the author and do not necessarily represent those of RT.

Sharmine Narwani is a commentator and analyst of Middle East geopolitics. She is a former senior associate at St. Antony’s College, Oxford University and has a master’s degree in International Relations from Columbia University. Sharmine has written commentary for a wide array of publications, including Al Akhbar English, the New York Times, the Guardian, Asia Times Online, Salon.com, USA Today, the Huffington Post, Al Jazeera English, BRICS Post and others. You can follow her on Twitter at @snarwani