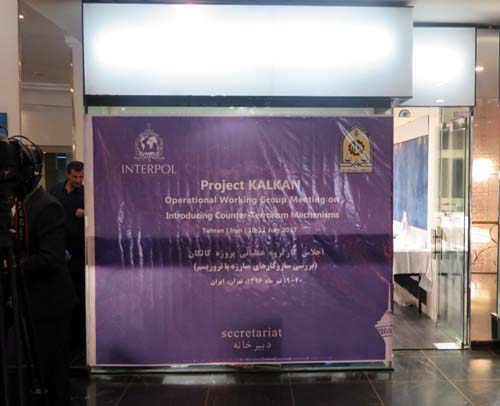 Representatives of 29 Interpol member countries were in Tehran to review cooperation and explore ways of enhancing technical assistance in combating terrorism within the framework of Project Kalkan.

The two day (10 and 11 July) meeting was the latest in a series of specialized exchanges, according to the Interpol website. Sharing best practices and identifying gaps in intelligence in order to better contain and disrupt transnational terrorist activities was also part of the bound-table sessions and cause study exchanges. 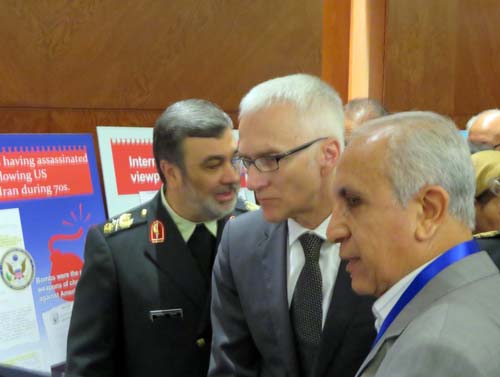 The meeting was attended by the Iranian Police Chief Brigadier General Hossein Ashtari and 75 security authorities of other countries.

A delegation from Nejat Society also attended the meeting. Ebrahim Khodabandeh and Zahra Mir Bagheri, former members of the Mujahedin Khalq Organization ( the MKO) and Narges Beheshti  the sister of an MKO member who is taken as hostage by the group leaders, participated the conference. 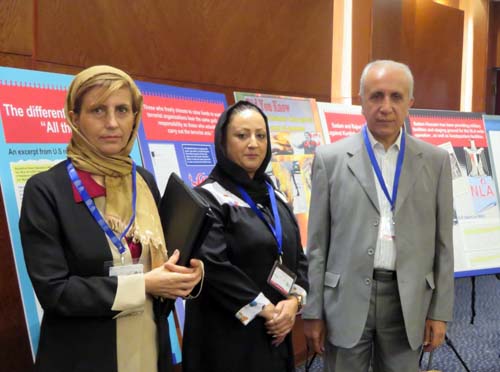 The delegation of Nejat Society had separate visits with security officials explaining how the cult of Rajavi functions as a terrorist group.

They warned the officials about the threat of the cult-like MKO for many countries including Iran, Albania, France and their neighbors.

Nejat Society representatives also held a photo exhibition on the crimes committed by the MKO. The photos could draw the attention of the security officials who were present at the event. 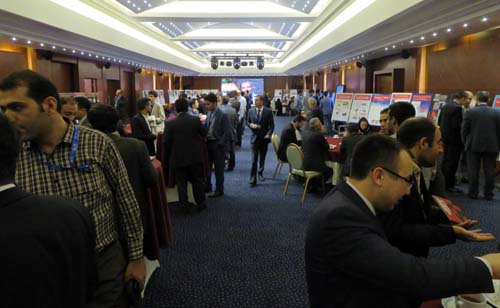 Khodabandeh who was a member of the cult of Rajavi for 23 years explained about the photos for Mr. Stock. He asked the Secretary General of Interpol to issue a statement on terror acts and cult-like attitudes of the MKO. Mr. Stock promised to be working on the issue.

Khodabandeh talked to most of counter terrorism officials from all over the world, informing them about the menaces of the Cult of Rajavi. He warned the representatives of Greece, Italy and Romania about the threat that might be caused by over 2000 brainwashed members of the MKO who are located in their neighboring country. The Greek representative replied that the issue is really crucial and not enough attention has been paid to it yet.

A representative from France told Khodabandeh that the French Counter terrorism police is still supervising the group, after its leader was brought to trial in June 2003. He admitted that unfortunately politics has functioned beyond security that Maryam Rajavi is free now.

Nejat delegation spoke of the pains and sufferings of the families whose loved ones are still imprisoned in the MKO camps, isolated from the free world. Ms. Narges Beheshti asked the authorities to aid her family and other families of MKO members contact their loved ones in the terrorist cult of Rajavi.