I just travelled to Iran where was I was invited to speak at the University of Tehran about human rights and “humanitarian intervention.” I put this term in quotes because I’ve rarely ever seen any intervention that was truly humanitarian or that produced humane results, but more on that later. 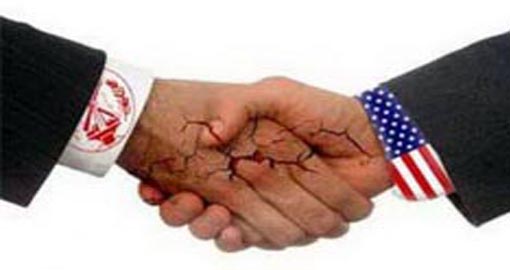 Before I traveled to Iran, a number of friends and family members expressed shock that I would go there, feared for my safety and well-being, with some urging me not to go at all. Of course, this is not surprising given the antipathy of the U.S. towards Iran and how that country is portrayed in the mainstream press.

We in the U.S. are constantly told that Iran is our enemy; that it is indeed part of some “axis of evil” that must be sanctioned, fought against and even subject to “regime change.” In terms of the first assertion – that Iran is our enemy – we are usually told that this is so because Iran is allegedly a “state sponsor of terrorism.” This is a quite curious claim given that Iran is a sworn enemy of Isis and Al-Qaida, and indeed was set to help fight Al-Qaida and the Taliban after the 911 attacks until Donald Rumsfeld intervened. Meanwhile, the U.S.’s close ally Saudi Arabia – a country we just sold $110 billion of arms to – has been covertly and overtly supporting Isis and Al-Qaida for years. Recall that fifteen of the nineteen 911 attackers were indeed from Saudi Arabia and that Saudi Arabia aided and abetted some of the 911 attackers.

The claim about Iran sponsoring terrorism is also ironic given the U.S.’s support for the cultish Mojahedin-e Khalq (MEK) organization which itself wants to topple the Iranian government, despite its unpopularity in Iran, and which was actually designated by the U.S. as a terrorist organization from 1997 to 2012. As the London Guardian notes, the MEK has “claimed responsibility for murdering thousands of Iranians” since 1981 (my friends in Iran put the figure of those killed at 17,000); supported the seizure of the U.S. Embassy in Iran in 1979 and the holding of the American hostages; joined Saddam Hussein in fighting Iran during the Iran-Iraq war; and killed at least six Americans during the 1970s. Yet, the MEK, which was holding a conference in Paris while I was in Iran, is now a darling of such U.S. political bigwigs as John Bolton, Newt Gingrich, Joe Lieberman, Howard Dean and Rudy Giuliani.

Another claim that is made about Iran is that it is a despotic, sexist theocracy which is offensive to our Western values and sensibilities (as if those are the gold standard). Again, given that the U.S. is in lock-step with the retrograde, misogynistic monarchy of Saudi Arabia, this claim rings hollow. Moreover, as any visitor to Iran will tell you, Iran is actually a quite modern, Western country where many people speak English. It is also a country where women, though certainly not as liberated as they should be, for the most part wear minimal head coverings, such as colorful silk scarves (which nearly all of the women on my flight from Frankfurt began to put on their heads as we descended toward the Tehran airport); freely drive cars and are found in every sector of public and commercial life.

Most importantly, though, talk about “regime change” begs the question of what the regime will be changed to and how it will be changed. In the case of one of the most notable recent acts of regime change the West has effected – Libya – we see that the West is content to topple a government , doing great damage to the people, civilian infrastructure and ancient antiquities in the process, and leave nothing but chaos in its wake. In my view, the West seems to have the same plans for Syria where it has aimed at toppling the Assad government while claiming to support “moderate rebels” who do not seem to exist. The regime changes in Iraq and Afghanistan have not produced much better results with tens of thousands being killed, the countries being laid to ruin, and at best weak governments resulting from the ashes.

As I walked through the beautiful streets of Tehran and Isfahan, was warmly greeted by the beautiful people of Iran who actually love Americans as I came to find; and witnessed Iran’s wealth of ancient architecture, including functioning Armenian Christian Churches and Jewish synagogues, I couldn’t help but feel pangs of fear and even anger at the thought of but another “humanitarian intervention” which would surely lay waste to many of the people and antiquities I was encountering.