Now, eighteen years after Mojahedin Khalq’s military Eternal Light operation, the feat is referred to as a turning point by Mojahedin while its dissidents regard it as a challenge. The dissidents, non-mojahedin diaspora as well as defectors, unanimously believe the operation was nothing more than a suicide en masse on proven evidences. Unlike them, Mojahedin, by reason of their self-analyzed achievements, in any occasion bring it up as the first initiated solution to overthrow the Islamic Republic.

The major discrepancies between the two reasoning are too wide to help arrive at a sound judgment. One has to penetrate into the inner layers of the organization to unravel paradoxes. Before going any further, it should be noted that Mojahedin’s organizational structure and its echelon are under the impact of the party philosophy of Marxism, exclusively Leninism. A look at its early works and pamphlets explaining on the necessity of establishing a revolutionary organization founded on democratic centralism as well as its methodology and epistemological foundations well identifies it to be a paradigm of Stalinism that spread the shadow of terror over half of the world during the Stalin’s domination over the Communism Party. These early works are the cornerstone of Mojahedin’s first theoretic achievements to justify pertaining principles of the party dictatorship on individuals and, consequently, on all political relations.

The philosophy of party in Marxism explains for the domination of a class as a vanguard that leads perforce to ascertain a proletariat dictatorship that, being intrinsically anti-democratic, leads to an authoritative autocracy over the party. Stalinism was the product of such a party structure that heavily influenced Mojahedin. The influence, according to many Mojahedin’s critics, led to Hanifnejad’s invisible dictatorship. As the charismatic leader of Mojahedin, he was known to be the main cause of inflicting the crushing blow on the organization in August 1971 (when SAVAK arrested the majority of Mojahedin’s members). He was succeeded by another leader who in a four-year process fundamentally changed the ideology of the organization under his hegemony. Taqi Shahram changed Mojahedin’s Marxist-Islamic eclecticism and discarded Islam completely in favor of Marxism.

For the first time in the history of the contemporary revolutions, a revolutionary organization dismissed its principal matrix of “democratic centralism”, an achievement of hundreds- years of organized revolutionary struggle experiences, to submit to a leader who is responsible only before God. [1]

The ideological revolution, in fact, legitimized Rajavi’s perpetual hegemony that was deep rooted in the organization’ structure and which was invisibly practiced by its first charismatic leader Hanifnejad. Tinctured with sacredness, the pillars of hegemony would be stabilized and ended any further wrangling.

The main core of Mojahedin’s ideological revolution was to solve the issue of leadership. It could put an end to a problem known to be the Achilles’ heel in most contemporary revolutions and movements; only a stabilized theory of imamate inside the organization could lead the new revolution. [2]

The ideological metamorphosis opened a new gate onto a path where, in the first place, the rationality and even the social-political understanding of individuals were targeted. In other words, individuals would be transmuted into obedient and subjugated creatures serving the wills of the leader. The whole idea can be concluded as:

That is clear that such process could pursue in no rational route. The dominant element in the process is “love” and “emotion” that bypass “logic and reason”. The means are not those of polemics and persuasions but self-devotion. That is the point where Massoud claims Mojahedin’s heart. [3]

It is a preliminary course to transform from a Marxist political party into a highly clandestine, sect-like establishment. All the adopted political and ideological principles as well as the insiders’ long recorded struggle backgrounds lose their legitimacy and the main criterion to assess the members’ potentialities is the extent of their devotion to the leader. To be regarded as the followers under the guidance of the guru, the members had to surrender physically and psychologically:

In processing a good, modern understanding of the same ideology, Mojahedin are required not only to offer their life but also their soul. To bestow the physical body does not suffice; the individual’s highest emotions and dearest attachments are targeted. Not the physical body but the emotions have to be sacrificed. It is the least accepted thing in the organization. [4]

The move to Iraq was a political test to assess the members’ degree of devotion and the Operation Eternal Light was the culmination. An operation doomed from the start needed devoted volunteers to be sacrificed on the leader’s demand in blind obedience. Rajavi, before the operation, insisted on the necessity of launching the operation itself rather than expecting any achievement. That is why he congratulated the forces in the explanatory convention on the eve before the operation:

The result of the operation, above common calculations, is a work of divine providence. But as far as it concerns Iranian Mojahedin Khalq and the National Liberation Army, I congratulate you one by one beforehand regardless of what the result might be. [5]

The operation before anything was a resolution of Rajavi’s own volition, a proven suicide operation excluding the leader himself. The failure proved to be a victory for Rajavi; the made amendments to the ideological revolution after the operation guaranteed his position as a hallowed figure with the sole authority to question anybody while the members were not in the least permitted to violate the leader’s sacramental sphere. Thus, the operation’s aftermath had the priority over its military achievements, a self-administered purge to remove all who had avoided accepting Rajavi’s leadership as their article of faith:

To create a compelling control atop, all the individual attachments and values had to be detached. The detachment did not include physical spectrum, but above that, psychological scopes. The physically divorce of spouses and children did not suffice; they, as well as the world outside, had to be cleaned of the mind and devalued. One has to replace them with an alternative that is no one but Massoud Rajavi. [6]

The discussion serves as a good response to all those who search an iota of rationality behind the operation. It was not the product of a rational mind; it was the practical part of an intrinsically mal-founded ideology. 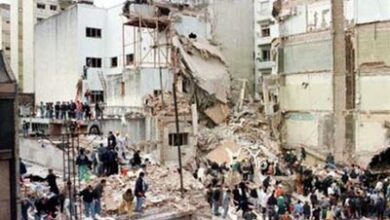