It can be difficult for the average citizen to understand the intricacies of an issue such as the nuclear-weapons treaty with Iran. 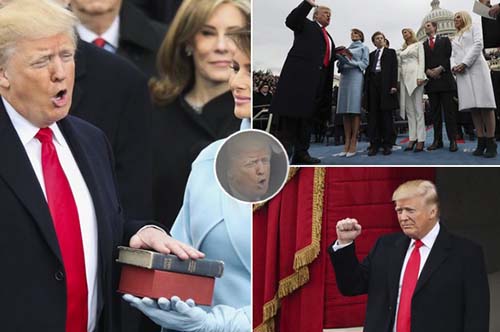 But there is one simple barometer that works for this and all other issues concerning the Mideast: Whatever position John Bolton takes, just take the opposite.

The man with the Captain Kangaroo mustache has gotten everything wrong about the Mideast for as long as he has been on the national scene, which is too long.

Back in 1998, for example, he was already calling for “regime change” in Iraq. That worked so well that by 2007 he was predicting that Israel was on the verge of launching a devastating first strike against Iran. In an interview that year Bolton said this about the Iranians’ development of nuclear weapons:

“If the choice is them continuing or the use of force, I think you’re at a Hitler-marching- into-the-Rhineland point.”

Everything that went wrong in the Mideast for the U.S. was entirely predictable; I know because I quoted the hard-nosed realists who predicted it.

For Bolton and the rest of the so-called “neo” conservatives in Washington, it’s always 1936 and there’s always a Hitler on the horizon. But they never seem to pin the mustache on the right guy.   (These guys are serial violators of Godwin’s Law.)

In 2003, Bolton, who was then in the Bush administration, confidently told us that removing Saddam Hussein from power in Iraq would be so easy we could then “turn right” and impose regime change on Iran.

You’d think he and the rest of that crowd would have the decency to shut up after realizing the Iraq War actually strengthened Iran. Instead they pushed for deposing Bashar Assad in Syria. That also strengthened Iran.

None of that stopped Bolton from offering his latest prediction. It came in a Monday Wall Street Journal column on President Trump’s decision to refuse to certify the Iran nuclear deal. The headline was “A Slow Death for the Iran Deal.”

In it, Bolton advises that Congress should pull out of the “this intrinsically misconceived agreement,” an action that would have the Congress restoring economic sanctions.

The actual physicists with whom I have discussed this deal say that it is infinitely preferable to the alternative put forth by Bolton, who is a lawyer by trade.

Frank von Hippel of Princeton University is one of the world’s leading experts on nuclear arms. When I phoned him, he said this deal is a huge improvement on what went before.

Back then the “breakout time” – the time between when the Iranians started to enrich   uranium and the construction of a bomb – was a month or two.

Now, “They don’t have the capacity to break out in less than a year,” von Hippel said.

And as long as we have monitors in place, he said, we’ll know when any such breakout begins and have a year to react, said von Hippel.

Contrast this to Bolton’s views.

“Iran is already within days of having nuclear weapons, given that it can buy them from North Korea,” he writes.

No, it can’t. The treaty bars Iran from ever acquiring nuclear weapons. But if we abandon the treaty, we abandon the right to put monitors inside Iran to check up on their actions.

We could still reimpose those sanctions to stop Iran from developing nukes, right? Wrong, writes Bolton.

“The unanswerable reality is that economic sanctions have never stopped a relentless regime from getting the bomb,” he writes – right after he proposes that Congress drop out of the deal and thereby restore these sanctions.

None of this makes any sense from the perspective of America’s security, said von Hippel.

If Iran were to try to build a bomb, “The question is would we know it fast enough?” he said.

The treaty accomplishes that, von Hippel. But what Bolton and the rest of the neocons want done has nothing to do with nuclear weapons and everything to do with regime change in Iran.

The real question in this debate is why Trump would listen to such characters.

During the campaign, he outraged the establishment by rejecting the call for deposing dictators supported by the mainstream Republicans. And he’s found some success in Syria by rejecting the neocon insistence on deposing the dictator there.

Recently the Syrian regime has been making great progress in routing ISIS – with the backing of the Iranians.

Virtually everything Bolton and the neocons have suggested for the Mideast has increased Iranian influence.

To listen to them you’d think the Iranians will soon be crossing the Rhine.

But why would anyone listen to them?

I suspect the president will soon be asking himself that question.

Here’s what I wrote about the liberals support for that cult:

“If so, you have been taken for a ride. Doing the driving are neocons like John Bolton, the Captain Kangaroo clone who has been pushing the neocon line harder than anyone else inside the Beltway.”

And then of course there is Menendez’s “Talking points out of Tehran” speech. Does the Donald really want to be on the same side as this guy?

BELOW: It took Tucker Carlson a while to come around to the conservative point of view, but watch here as he demolishes clueless neocons Ralph Peters and Max Boot, both of whom have gotten everything wrong about Mideast policy. I particularly like the part where he asked Boot why he doesn’t find something he’s good at, like house-painting or selling insurance.