In Albania there is a silent threat to all of Europe from a group of three thousand Mojahedin (MEK) who are accommodated in a camp in our country. In an article published in Huffingtonpost, it is said that there is a risk that the MEK will cooperate with the Albanian Mafia, and have even tried to recruit Albanian youth for their own purposes. For this reason, the MEK has moved to a second camp called ‘Ashraf Three’. 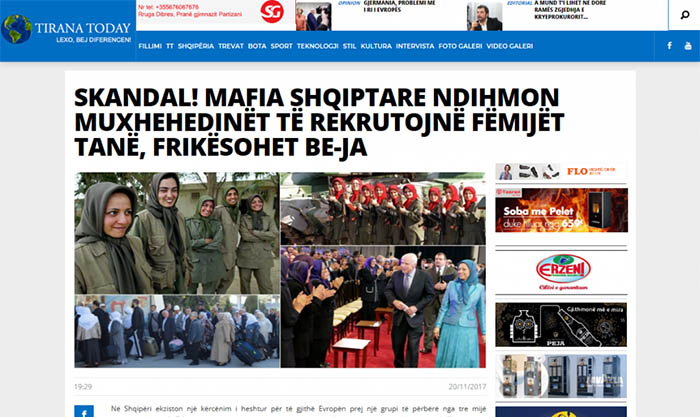 The article states that when anti-terrorism expert Anne Khodabandeh visited Tirana on November 5-7 to investigate the difficult situation of former members, some of the interviews she gave in the media were withdrawn from broadcast due to threats by the MEK and Albanian mafia when she revealed that she had discovered that the MEK is actively recruiting Albanian youth to join their cause.

According to the author of the article, the goal for the arrival of thousands of Mojahedin from Iraq to Albania was for their de-radicalization, but that never happened.

The article is authored by the director of Middle East Strategy Consultants, Massoud Khodabandeh, who as well as expressing concern about political slavery, warns of the danger of a Second Jihad represented by the Mojahedin cult under their leader Maryam Rajavi.

According to him, the Mojahedin in our country are political slaves, indoctrinated and kept in complete isolation. And if they try to abandon the group, they are humiliated, beaten and even killed.

Although America turns a blind eye to political slavery, the European Union takes a very different view. Not only are Albania’s efforts to join the EU completely hindered by the MEK’s ​​activities there, the rapprochement of the group with the Albanian mafia, and the threat of a new wave of political slavery implies that Albania is now considered a threat to security at the border of Europe rather than a potential partner country.