Several UK MPs attended a rally in Paris organised by a controversial group which was listed a terrorist organisation by the UK government until 2008, according to parliamentary data just released. 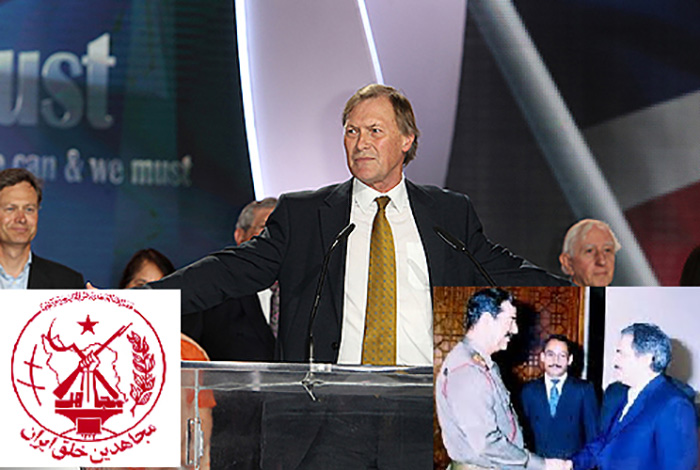 The National Council for Resistance of Iran (NCRI) is widely considered to be an alias for the Mojahedin-e Khalq (MEK) – otherwise known as the People’s Mojahedin Organisation of Iran (PMOI).

MEK/PMOI is described as a cult by some experts and former members while its leader, Maryam Rajavi, is still banned from entering the UK. The NCRI says that MEK falls under its umbrella.

Since it was founded in the 1960s, the group has gone from Islamic-Marxism to ally of Saddam Hussein to its current incarnation, attempting to position itself as the Iranian government-in-waiting.

Conservative MPs David Amess, Bob Blackman, Theresa Villiers, Matthew Offordand Labour MP Toby Perkins were among the UK delegation at the NCRI’s Free Iran rally in Paris on 1 July, where the NCRI is based in exile from Iran.

Speaking to MEE, Iranian analyst Mahan Abedin said: “If UK parliamentarians are supporting them with a view to pushing for change inside Iran or supporting the protesters then this may not be the right way to go about it because this group has no traction. It’s universally reviled.

“One reason it’s so reviled is because memories are very long. They were blatantly fighting on the Iraqi side in the Iran-Iraq war.”

The NCRI paid Perkins’ $1,112 in expenses to cover his travel, accommodation and meals, while attending the rally, according to the Parliamentary register of MPs’ financial interests. MPs Blackman and Amess were paid to attend by the Welle Association for Human Rights and Democracy, a Zurich-based organisation which campaigns for human rights in Iran, and the others appear to have paid for themselves.

The Paris rally featured speeches from politicians from around the world, including Villiers and Amess, who spoke of the need for human rights and democracy in Iran and their support for Rajavi.

According to video from the rally, Amess said: “The Iranian resistance is expanding its activities inside the country. Internationally, it has emerged as the only democratic alternative to the theocratic regime. So ladies and gentlemen, today we do not want to talk about condemnation of the mullahs’ crimes.

Video from the event shows Rajavi entering the venue, followed by a dozen children dressed all in white, as the crowd and assembled politicians rise to their feet and applaud her.

“The ruling regime is in disarray and paralysed as never before,” Rajavi told the crowd, “Iranian society is simmering with discontent and the international community is finally getting closer to the reality that appeasing the theocracy is misguided.” Members of MEK also watched via satellite from the group’s camp in Albania.

The MEK began in the 1960s as an Islamic-Marxist group of militants who took up armed struggle, first against the Shah and his US supporters, and then against the post-revolution Iranian state. The US State Department holds the MEK responsible for killing six Americans – three military officers and three security contractors – in the 1970s.

During the Iran-Iraq war from 1980-1988, the MEK sided with Saddam Hussein and its militants launched an attack on Iran and helped provide intelligence on military targets within Iran.

The group is also alleged to have helped violently suppress Kurdish and Shia uprisings in Iraq, which it denies. In return for its support, the Iraqi ruler allowed the MEK to run a military camp near the Iranian border called Camp Ashraf.

According to a 2005 Human Rights Watch report, after the Iran-Iraq war failed to overthrow the Iranian regime, many MEK fighters grew disillusioned.

The MEK’s leaders, Massoud Rajavi and his wife Maryam Rajavi, then began to enforce punishments for dissent which have led to accusations from former members that the MEK has become a cult.

In its report, Human Rights Watch said that all MEK members were forced to divorce, although Massoud and Maryam Rajavi remained married, and that any dissenters were imprisoned and tortured inside Camp Ashraf.

Masoud Banisadr was the MEK/NCRI’s public relations chief until 1996, when he left the group. Speaking in 2009, he said that the organisation he joined during the 1970s “soon changed into a terrorist organisation and then a destructive cult”.

According to former members, two dissenters were killed while being interrogated, HRW reported.

In 1992, the MEK raided several Iranian government embassies in the West. In 1997, the US listed the MEK as a terrorist organisation and in 2001, the UK followed suit under pressure from the Iranian government, according to then-home secretary Jack Straw.

When Iraq was invaded in 2003, the MEK was disarmed as part of a ceasefire deal with the US forces. Its camps in Iraq were gradually and violently shut by the new Iraqi government, with the remaining residents from Camp Ashraf and Camp Liberty moving to a new camp in Albania in 2016.

Since the US invasion, MEK has distanced itself from its alliance with Saddam Hussein and rebranded itself as an Iranian government-in-waiting which supports freedom, democracy and secularism.

This has led the UK, US and EU to take it off their lists of terrorist organisations, although the UK’s last Labour government only did so after a court decision.

On the other side of the Iranian political scene, and just one month after the rally, Conservative MP Richard Bacon attended Hassan Rouhani’s inauguration and met with Iranian parliamentarians. The $1,208 cost of his trip was paid for by the Iranian government. 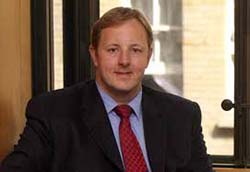 When asked to comment on his attendance at the rally in Paris, Perkins said that the information about “the arrangements for the trip are incorrect” but would not elaborate on this further. The parliamentary record states that he received funds from the NCRI and that the purpose of visit was “attending a conference on human rights”.