When in May2005, the Human Rights Watch published the NO Exit report on the human rights abuses committed by the Mojahedin Khalq Organization (MKO/MEK/ PMOI/ the Cult of Rajavi), the group’s propaganda made efforts to deny the facts that were testified based on numerous testimonies by former members of the group. The HRW responded to the allegations of the group’s propaganda and its paid supporters in a detailed report in February 2006. 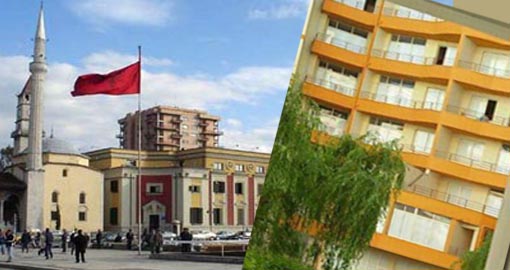 The report revealed cases of human rights abuses inside the MKO’s military camps in Iraq from 1991 to February 2003, prior to the fall of their former landlord Saddam Hussein .One of the most horrific cases of imprisonment and torture in Camp Ashraf was Parviz Ahmadi who died due to severe beating and torture.

The death of Parviz is meticulously explained in the newly published book by Mohsen Zaal, titled “the Organization of Massoud” based on the testimonies of former members of the MKO:

“In another case, Parviz Ahmadi is picked up by Asadullah Mosana’s Jeep after he comes back from a dentist’s office in Baghdad. Under the pretext that the female commander Batul Rajaiee has summoned him, he is taken to prison. He is interrogated at the very night and is thrown in the cell after a few hours with torn clothes, swollen face and beaten body. He is being severely tortured even in the corridor to the cell where some of the men who are under his command are imprisoned too.

“He is faced with people who were once under his command and now he is beaten and accused of spying before their eyes. This is a disaster for him; he cries all night long. In the morning, one of the men of his unit tries to sympathize with him offer sympathy to him. This is a very unique rare moment in the organization. Two comrades get close to each other and make a personal and humane relationship rather than organizational relations which is dominated by cold regulations and duties.[…]

“Parviz accepts the cigarettes his cellmates offers him although he is not a smoker. Speaking sadly he tells them that he is accused of being the agent of the Iranian Intelligence Ministry to assassinate the Ideological leader [Massoud Rajavi]. However, some of the prisoners guess that this is a test to select operatives for the next cross border operation teams. Some others think that this is an ideological test to evaluate member’s loyalty to the organization and the leader.

“The next day Parvis is taken by Mokhtar and Nariman for interrogation an hour before Iftar [the meal after sunset in Ramadan fast] and is thrown back to the cell hours after midnight at Sahar [the meal before sunrise in Ramadan]. His catastrophic condition shocks his cellmates. He is just identifiable by his clothes. His face is awfully swollen and bruised, his nose and ears are broken and bloody. He cannot breathe by his nose. He cannot open his swollen injured eyes. Fingers are broken, hands are bruised up to elbows. His pants are torn. Legs are wounded and completely bruised. The cellmates try to help him to breathe better. They ask Mokhtar to give them some warm water but he refuses saying that “this mercenary is showing off. He is OK”. Then he closes the window of the cell and leaves. Parviz gets a seizure and passes away in the arms of one of his comrades before the tearing eyes of his cellmates. They call to Mokhtar. He takes Parviz’s dead body to the corridor indifferently. After a while Mokhtar gets back and tells Parviz’s cellmates,” Save Parviz’ meal. He will get back”. But Parviz never gets back to the cell and is not seen in the group anymore. (Jamali/ 6)

“After the death of Parviz, Massoud Rajavi brings up his case in a meeting. Admiring him, Massoud calls Parviz a martyr. He claims that Parviz has been killed in a clash with Iranian forces in Kermanshah. He even gives some details on the location and the way he was killed. (Mesdaghi/ 92/136)”

According to the writer of “the Organization of Massoud”, imprisonment and eventually torture and assassination of the rank and file increased after the dissension was on the rise in the group. During the 1990s a large number of members had started challenging the group’s attitudes. So a large number of members were arrested by the authorities of the group under the charge of being the agents of the Iranian government. The estimated number of detainees mounts from 250 to 800 people. The number is not clear because imprisonments were secret until the fall of Saddam Hussein.

That situation is very similar to the conditions ruling inside the group in Albania now. There are a large number of dissident members who seek to leave the group but they are intimidated by the group leaders who use any tools to keep members in the Cult of Rajavi.

The Albanian government and the UNHCR authorities should be watchful about what is going on inside the MKO. Human rights violations are committed in the destructive cults on the daily basis. The MKO is actually proved to be a destructive cult and documented facts about various cases of human rights abuses including the HRW report are quiet accessible to everyone.