I’m counting down the minutes, till my son’s return

Mr. Asghar Mohammadi Kamyab was a 18- year old soldier at Iran-Iraq war fighting the invading forces and defending his countries’ soil. In 1986 he was captured by the Mujahedin-e Khalq forces. 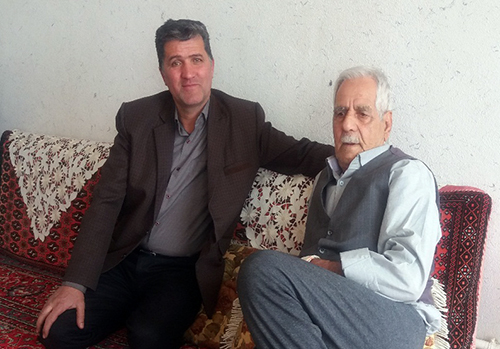 Since then Asghar’s family succeeded to visit him just once in 2002 under the severe control of the MKO elements. Asghar’s mother says:” I couldn’t talk to my dear son alone, still his eyes revealed everything. He was full of anxiety, hopelessness and distress… . Though I could understand my son’s feelings, I could do nothing… ”

In July 2017, the Kamyab family went to the MKO Camps once more to visit Asghar or at least get a news of him. However the cult leaders did not let them meet.

Asghar’s father says:” I’m counting down the minutes, till my son’s return “

My brother is denied the right to live freely