The MKO’s electronic newsletter, Mojahed, in its issue 148, 8 November mostly covering the reports of Maryam Rajavi’s trip to Norway, dedicated its first three pages to the details of the trip and the warm welcome she received from the reporters on her arrival saying: “Multitudes of the papers and TV networks” reporters already awaited her arrival”.

Reporting on her presence at the Norwegian Parliament, Mojahed quoted her, stating:

"The regime succeeded in utilizing the West to make obstacles in the path of the main Iranian Resistance (Mojahedin-e Khalq and the NCRI) by the means of labeling it a terrorist group that consequently kept the hands of the regime open”.

In answer to a question as to how the Iranian Resistance intended to confront the Iranian regime’s availing itself of such an opportunity, she was quoted to have stated: “the Mojahedin have given up the armed struggle”. She had added that: “settlement in Iraqi soil was a strategic error that the Mojahedin made”. 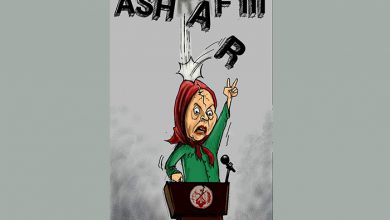