A recent report from The Guardian has uncovered systematic human rights abuse in the Albanian camp of the Mojahedin-e-Khalq (MEK), a former Iranian terrorist organization exiled from Iraq to Albania. As Exit has reported over the last years, multiple high-ranking US politicians have visited the MEK in Albania, as US administration’s interest in overturning the Iranian regime have grown.

The article in The Guardian reveals that members of the MEK have started to defect, many of whom end up in Tirana on their way to emigrate to EU countries or the US. These defectors have reported continuous human rights abuses within the Albanian MEK camp:

[T]he move from Iraq to the relative safety of Albania has precipitated a wave of defections. Those with means have fled the country to the EU and the US, but around 120 recent MEK escapees remain in Tirana with no right to work or emigrate. I spoke to about a dozen defectors, half of whom are still in Albania, who said that MEK commanders systematically abused members to silence dissent and prevent defections – using torture, solitary confinement, the confiscation of assets and the segregation of families to maintain control over members. […]

The testimony of these recent defectors follows earlier reports from groups such as Human Rights Watch, which reported former members witnessed “beatings, verbal and psychological abuse, coerced confessions, threats of execution and torture that in two cases led to death.”

The MEK camp appearsto fall “beyond the jurisdiction of the Albanian police”:

Ylli Zyla, who served as head of Albanian military intelligence from 2008 to 2012, accused the MEK of violating Albanian law. “Members of this organisation live in Albania as hostages,” he told me. Its camp, he said, was beyond the jurisdiction of Albanian police and “extraordinary psychological violence and threats of murder” took place inside.

The Albanian government, meanwhile, turns a blind eye to the human rights abuses on its territory, hoping that hosting the MEK will give them leverage over the US government:

Olsi Jazexhi, a professor of history at the University of Durres critical of the government’s decision to accept the MEK fighters, says that Albanian politicians hoped the deal would lead the US to turn a blind eye to their own corruption. “The MEK is a card which gives them leverage with the United States,” he said. “They think that by taking the MEK, the Americans will leave their business alone.”

Full protection of human rights is one of the five key conditions for opening EU accession negotiations. It seems that, once again, the Albanian government fails to honor its obligations in that regard. 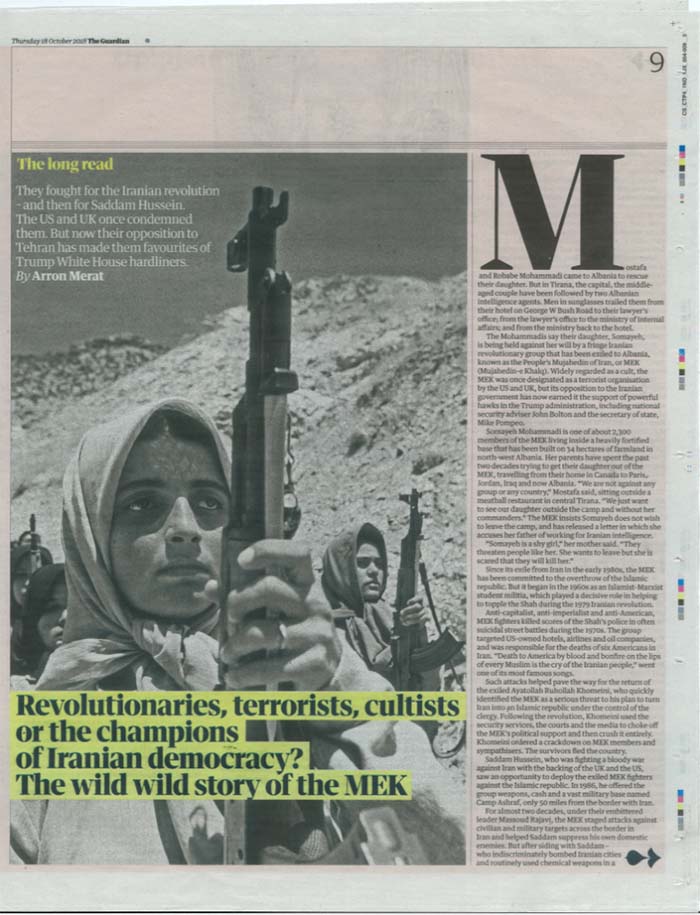 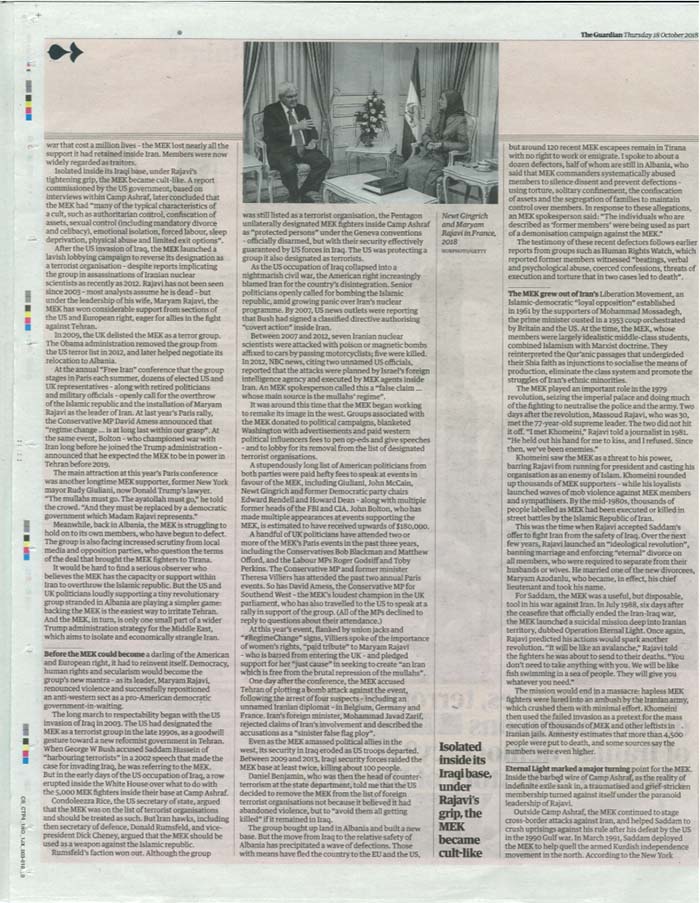 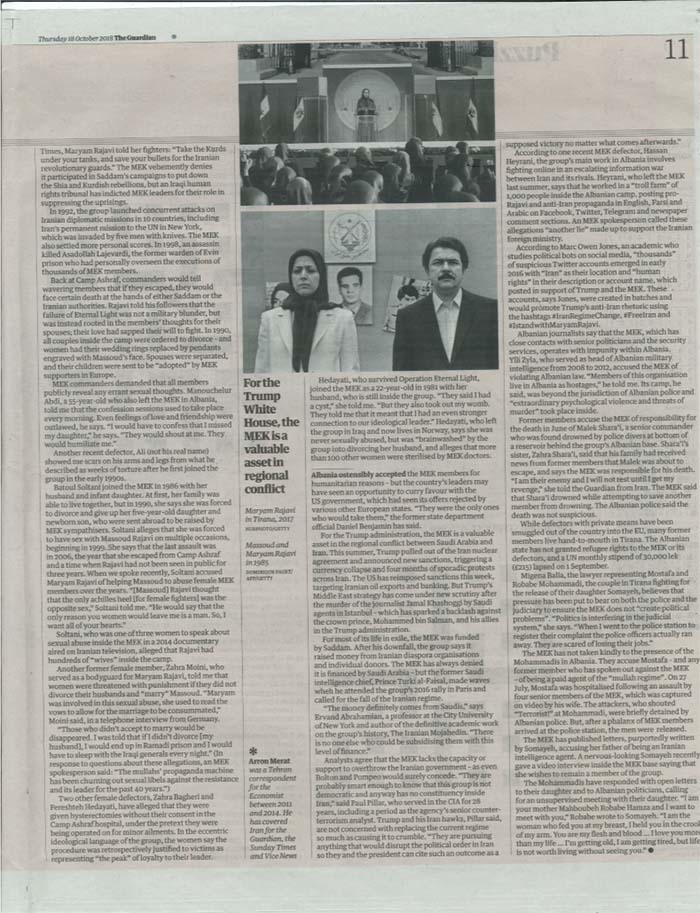