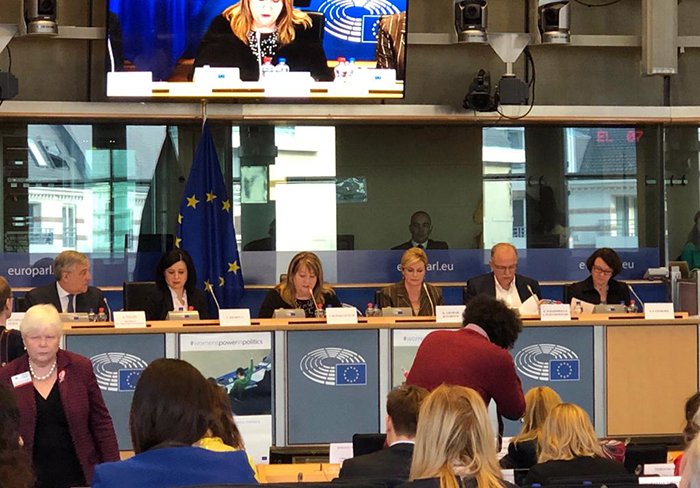 The conference that was held a day ahead of the International Women’s Day was focus on young women in politics as well as women’s real power in politics and how to boost it.
Women’s Rights and Gender Equality Committee members debated with more than 20 national MPs from 15 EU member states and Norway during an inter-parliamentary meeting on ‘‘Women’s power in politics’’.
Opening the event chaired by Vilija Blinkevičiūtė (S&D, LT), EP President Antonio Tajani declared: ‘‘We must keep working to have more women in politics, but also in businesses. It is a battle for dignity and respect that must be fought by all of us.’’
EP Vice-President and Chair of the High-level group on Gender Equality Dimitrios Papadimoulis added that even though women’s participation in politics was on the rise, ‘‘most of the important positions are still filled by men, and this has to change. If we continue according to the rhythms we are following now, we will achieve gender equality in 182 years!’’
The first-ever female President of Croatia, Kolinda Grabar-Kitarović, delivered a keynote speech in which she recalled how she had to fight for her place, both in life and in politics, and to break countless glass ceilings. “The starting point is a change in mind-set: we need to build a political culture which leads to women’s equal participation’’. In conclusion, her message to women and girl was: ‘‘Have faith and believe in yourselves, in your values, your strength and your capabilities. Your determination will make all remaining obstacles fall.’’ 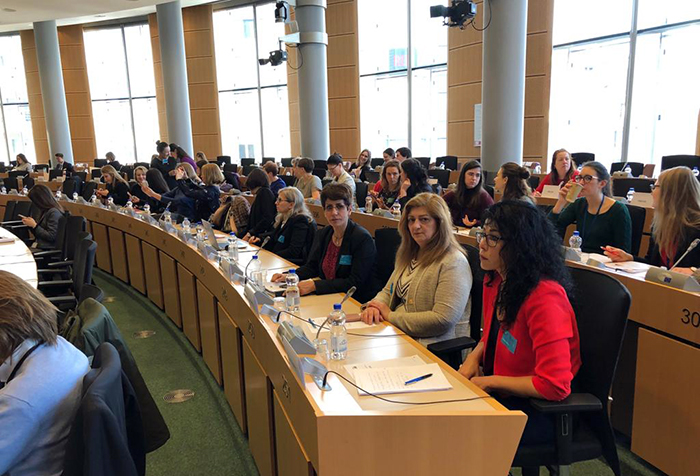 Among the other participants, Justice, Consumers and Gender Equality Commissioner Věra Jourová, EU foreign policy Chief Federica Mogherini and Women’s Rights Committee Vice-Chair João Pimenta Lopes advocated for more women in decision-making, pleaded for men to be involved in the fight for gender equality and for existing legislation on the subject to be properly enforced.
Batoul Soltani, Homeira Mohammadi and Zahra Moini of Women Association and Reza Jebeli of Aawa Association attended the meeting to denounce violent attitudes of the MKO leaders against their rank and files. Batoul Soltani condemned the MKO authorities for they separated her six-month old and two-year old children from her and smuggled them to Europe in 1991. She stated that the MKO has violated the rights of hers and her children’s.
Homeira Mohammad nezhad was a teenager when she joined the MKO. She addressed the conference on the psychological pressure she endured inside the MKO. As a fourteen year-old girl she was not allowed to contact her parents during the years she was a member of the group.
Zahra Moini gave testimony on forced divorce, forced celibacy, brainwashing sessions and violation of the most basic human rights in the MKO camps.
Reza Jebeli also talked to a number of representatives warning about the potential violence of the MKO and the destructives role of the group’s lobbies to obstruct the future EU elections.
In the margins of the conference, the defectors tried to enlighten EU parliament representatives offering them documented testimonies on the cult-like nature of the MKO. They called on the EU Parliament to recognize the rights of defectors of the MKO as refugees submitting their letters of requests for medical care and living facilities.
The human rights violations committed by the MKO was condemned by the representatives.