On the occasion of the International Women’s Day, three female defectors of the Mujahedin Khalq Organiation (the MKO) stated their steadiness in their efforts to liberate their friends who are still taken as hostages in the group. 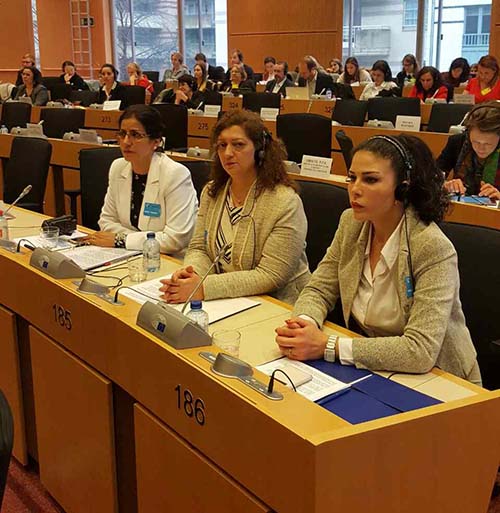 Today, about 1000 women are kept in the MKO under the cult-like control of Maryam Rajavi.

Batoul Soltani, Homeira Mohammad Nejhad and Zahra Moieni are the disassociated members of the MKO who attended the European Parliament in Bruxel, Belgium on the Int. Women’s Day, March 8th.

During their visit with the EU representatives, they spoke of grieves and sufferings of a thousand Iranian women who are deprived from their basic rights under the rule of Maryam Rajavi. 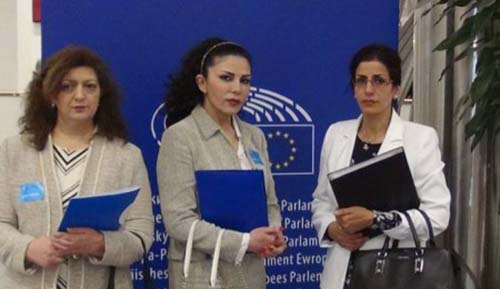 Despite the propaganda launched by the MKO, these women could manage to bring the EU parliamentarian to hear the voice of the suffering women imprisoned behind the bars of the Cult of Rajavi.

The three female ex-members of the cult stressed their determination to keep on their work and support to fulfill the rights of their friends in the cult.

The women of the cult of Rajavi are enduring constant physical and mental pressure under the command of Maryam Rajavi. Modern slavery has made robots out of these women. According to the rules of the cult of Rajavi, female members are not allowed to marry and have children. They are not even allowed to contact their family. They are forced to wear hijab. Breaking the rules of the cult results in solitary confinement and mental and physical torture.

Massoud Rajavi has evidently told the five hundred members of the so-called Elite-Council of the cult that they are “maids” of Maryam Rajavi. A large number of these women have been serving Maryam in her headquarters in Paris for decades. Maryam Rajavi the co-leader of the cult is actually the executors of Massoud’s irrational and ambitious orders.

A list of women who have been physically and mentally tortured by the cult of Rajavi was submitted to human rights bodies and feminist movements.

Female members who are still captured in the cult of Rajavi are so horrified of torture that they cannot protest against the authorities of the cult. Some of these women are even in harder situation; they are imprisoned and isolated inside the cult; they are organizationally jailed.

Members of Women Association cult call on all justice and women’s rights movements and international bodies to investigate the case of women inside the MKO bases.

They probed the trial of Maryam and Massoud Rajavi in an international Court.