Giuliani told me he’s worked with the MEK since 2008. At the time, the U.S. Department of State designated the group a foreign terrorist organization, describing it as “cultlike” and saying members were forced to take a vow of “eternal divorce” and participate in weekly “ideological cleansings.” When the State Department revoked the designation in 2012, it nevertheless expressed serious concerns about the organization, “particularly with regard to allegations of abuse committed against its members.”

Giuliani isn’t alone in stumping for the organization. The MEK has a history of enlisting prominent American politicians on both sides of the aisle, including national security adviser John Bolton—and paying $20,000 or much more for a brief appearance. Giuliani’s advocacy has been quite open. In January 2017 he joined almost two dozen other former U.S. officials in writing a letter to the president urging him to open “dialogue” with the NCRI. After he became Trump’s personal lawyer in April 2018, Giuliani gave speeches at several MEK events, including a Paris rally during which the French security services foiled a bomb plot they blamed on Iranian intelligence. Giuliani appears to revel in his rock-star status at the group’s events. At the 2018 Iran Uprising Summit at a hotel in Manhattan’s Times Square in September, MEK supporters greeted Giuliani with a standing ovation and whoops and whistles. “I hope I say enough offensive things so they put me on that list to kill me, if I’m not already there,” he said to laughter. His speeches railing against Iran echo Trump’s hard-line stance on Tehran but go further by explicitly calling for the regime’s ouster.

“It’s wildly inappropriate for Giuliani to continue to openly associate with” the MEK, says Suzanne Maloney, an Iran expert at the Brookings Institution. “Those who have any association with them really can’t claim ignorance of how bizarre and cultlike the group is. This is one of those cases that in any other administration, Republican or Democrat, it would be a front-page scandal.” 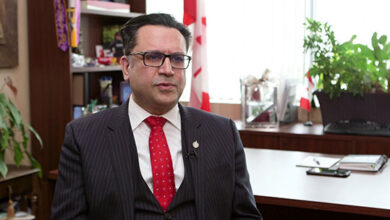 Maysan Council refuses to take PMOI base in the province 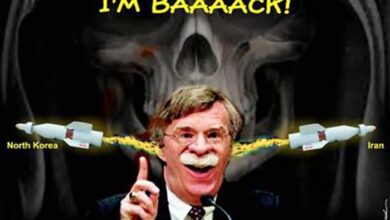