One of the MEK formers in Germany called me to say that he had heard some news about the members of the cult in Albania. 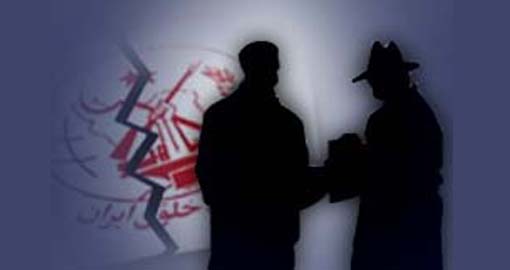 He said firstly that the cult has taken the decision to remove all those who have separated from the cult in Albania from the country. This is because the cult wants to empty the ‘border’ (or no man’s land) between MEK members and those people who take a salary from the sect and say that they still support the organization. This is because when these separated people come face to face with MEK members in the streets of Tirana street, they create a kind of bad influence on them. This influence makes some of the members who are under pressure in the cult decide to get out.

The cult wants to empty Tirana of every person who it calls so-called mercenaries who are critical of the cult (basically anyone who has left).

I confirmed to this friend in Germany that we in Tirana have also heard that there is currently a register of 35 people who admit that all their costs are paid by the cult, but who do not make this public because the cult doesn’t want it to became public knowledge that it would be willing to transfer these people (because it’s illegal people trafficking by a smuggler). It would also encourage more people to leave if they think the MEK will pay to smuggle them to Europe.

The cost for a smuggler to transfer one person is between 3 and 4 thousand euros or more. So, the cult made indirect contact with a smuggler and told him ‘we have a lot of people to move so reduce the price to 2.5 thousand euros each’. A group of these people have now arrived.

Behrooz Ghorbani, an Iranian priest in Norway, is behind this project and is one of the cult’s mercenaries (in the MEK’s pay). I should mention that I previously spoke to this priest from the International Church in Tirana before I found out who he really is. Ghorbani is trying to raise money to smuggle people out of Albania. He contacted my friend in Germany to ask him for 2,500 euros. But my friend found out this was a deception and Ghorbani was working for the cult because the cost of this project for each person from the beginning to the end is 5000 euros. This includes the cost a trafficker to Greece and secret residence in Greece for a while. Even though this is for around 50 people and costs around 250,000 euros, the cult is willing to pay for it. My friend in Germany also warned me ‘be careful, after this project is done, they will make trouble for you who remain in Albania’.