Mr. Ali Akbar Gholami Khairabadi, the brother of Gholamreza Gholami Khairabadi, who is being held in the MEK camp in Albania, wrote a letter to the World Health Organization in that country, expressing concern about his brother’s health and calling for an investigation. 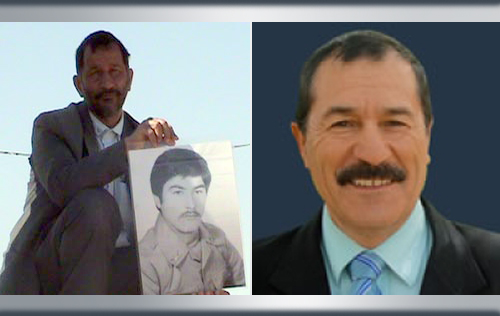 Representative of the World Health Organization in Albania

My brother is currently stationed in the Mojahedin-e Khalq (MEK) camp in Albania. He was captured many years ago in the Iraq-Iran war, and we later learned that he had been transferred to Camp Ashraf by MEK forces.

We have not met him in all these years, we have not even heard his voice and we have not received a letter from him. This is the ultimate wish of everyone to communicate with his brother and be informed of his condition.

You must know that even in the most horrible prisons in the world, regarding the most dangerous prisoners, families are allowed to communicate with the prisoner. But we are deprived of this minimum possibility.

Who can help us, the deprived families? To which international body should we take our complaint to support us?

Most importantly, it is possible that my brother in the MEK camp in Albania has contracted the disease caused by the Covid-19 virus and so he is in a difficult situation. The health facilities inside the camp are not good, and this disease has caused many casualties in the camp so far. Worst of all, the camp environment is completely closed and they have a group life. The individuals are not allowed to communicate with their families, and the Albanian government does not grant visas to Iranians to come and apply for assistance.

I desperately urge you not to neglect any possible action in order to alleviate the worries of me and my family, so that news of my brother will reach us and we will be able to communicate.

Please understand the feelings of me and my family and do not hesitate to pursue this issue.

Thanks and best regards

Office of the Prime Minister of Albania

Office of the United Nations High Commissioner for Human Rights