Following the shutdown of the MEK camps in Iraq and their expulsion from Iraqi territory, the Mujahedin Khalq Organization were relocated in Albania in 2013. The resettlement was the outcome of an agreement signed between the US administration, the Albanian government and the International Red Cross of the United Nations. The relocation process of several thousand MEK members was agreed to be accomplished in three years. In 2016, the entire MEK forces were settled in Tirana, Albania.

The group leaders could manage to buy a piece of land in Manza, a small town in the North of Tirana and there, started constructing the new headquarters of the group in the midst of the Albanian society. They began rebuilding their cult-like establishment over there. Having been settled in the heart of Europe, the MEK was more likely to be under the focus of the European journalists, particularly the Albanian ones.

The MEK base became notoriously known to journalists as a twitter troll farm. In September 6th, 2018, the international editor Lindsey Hilsum of the UK’s Channel 4 News and her team visited the rapidly expanding MEK camp outside Tirana, where they were immediately stopped by security guards, accused of being Iranian government spies and terrorists. They were forcibly prevented from filming the MEK camp. [1]

Al Jazeera, also, made a comprehensive investigation at the extensive “troll farm” of the group that has enabled its leaders to engage in “social media manipulation on an industrial scale”. [2]

In November 2018, Arron Merat, the correspondent of the Guardian, published an investigative article on the human rights abuses taken place in the MEK camp with a special covering of the story of Somayeh Mohammadi, the girl who has been a hostage of the MEK and her parents “Mostafa and Robabe Mohammadi came to Albania to rescue their daughter”. [3]

“The MEK has not taken kindly to the presence of the Mohammadis in Albania,” Merat writes. “They accuse Mostafa – and any former member who has spoken out against the MEK – of being a paid agent of the “mullah regime”. On 27 July, Mostafa was hospitalised following an assault by four senior members of the MEK, which was captured on video by his wife. The attackers, who shouted “Terrorist!” at Mohammadi, were briefly detained by Albanian police. But, after a phalanx of MEK members arrived at the police station, the men were promptly released.” [4]

In the early days of 2019, the UK’s Independent published its enquiry into the MEK describing it as “darling of Washington” that has “created a state within a state in Albania”. The report argued that the MEK has a largely repressive nature. [5]

These were just a few of examples of the media coverage on the MEK’s presence in Albania as a threat for the region. The list of Western journalists who targeted the MEK as a cultist terrorist group keeps on, but among the Albanian activists and journalists two people are the most famous ones and meanwhile the most attacked ones by the MEK propaganda: Olsi Jazexhi and Gjergji Thanasi. They are accused by the MEK of being paid by the Iranian Intelligence for what they say against the MEK. However, the accusations do not work. The more the two Albanian activists are attacked the more they try to denounce the MEK.

Jazexhi and Thanasi have recently investigated the increasing death rate of MEK members in their camp near Manza. They developed the case as safety and security issue that threatens the wellbeing of the Albanian community in Manza and even the wellbeing of the members of the MEK inside the camp named Ashraf 3. They criticize the Albanian government, the municipality of Manza and the Police for taking the MEK’s unlawful activities for granted.

According to the reports by the MEK, the recently died members of the group were infected by the Covid-19 virus. Eventually the MEK buried a large number of deaths in the cemetery of Manza in a quite short time. This caused protestations by the residents of Manza who were concerned about the occupation of their territory by the MEK dead bodies. Moreover, the MEK commanders are not expected to report the accord of their deaths or Covid-19-infected members to any Albanian authority. “Albanian authorities do not keep track of people who are killed inside the MEK camp”. [6]

Seemingly, the MEK acts above the Albanian law. “That’s an apartheid,” Gjergji Thanasi says. “Breaking Albanian law is like chewing gum for them [the MEK].”
Referring to the group life which is the routine life in the MEK camp, Olsi Jazexhi states “These people do not keep social distancing.” Despite the fact that “the Albanian police do not let ten people grouping,” Thanasi states. “That’s the violation of the Albanian law.” [7]

The two Albanian journalists may have put a very accurate conclusion to all reports on the MEK cult-like establishment when they compare members inside the group’s camp to Khashoggi — Jamal Ahmad Khashoggi the Saudi Arabian dissident, author, who was murdered at the Saudi consulate in Istanbul on 2 October 2018 by agents of the Saudi government. “Such a big increase in death rate shows that death is a routine in the [MEK] camp like eating breakfast or lunch,” Thanasi says. [8]

They assert that they are aware that most MEK members have no blood on their hands and they are just some “poor fellows who wastes their lives for thirty years or more”. It seems that the MEK as a mass entity is considered as a no-news and no-go zone for the Albanian authorities but members of the MEK are some forgotten individuals with no rights as human beings. Their health condition and wellbeing are being ignored by their cruel leaders and also Albanian officials. 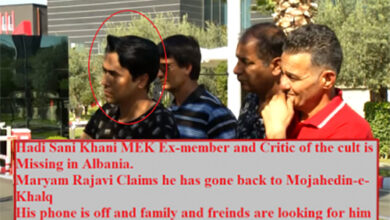 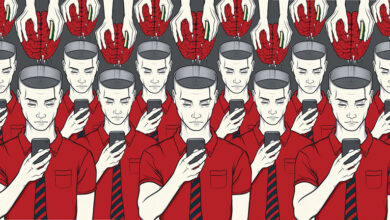 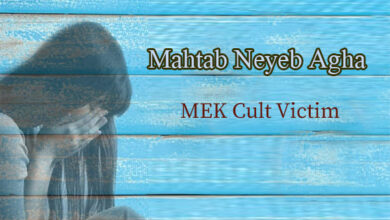