As we have all heard, double-standard policies in the world are always adopted and enforced, and in many cases, these policies are simply overlooked by the international community and the media. In a general view, it may be possible to state that the main point according to this cliché that “the end justifies the mean”, which means, in some cases the reactions of Western countries in the face of two identical events that occurred in two different places are completely different and sometimes contradictory. In the present interview with Mr. Robert Fantina, we address a few questions about the Mujahedin-e Khalq (MEK), which are an epitome of these inconsistencies and dual policies of the Western political community and media.

Mr. Robert Fantina is a journalist and political analyst, and an author of wonderful books that you can find on Amazon. He’s working for peace and social justice. He writes extensively about US foreign policy and the Middle East, which focus on Palestine, he serves on the board of Canadian voices for Palestinian rights and Canadian for peace and justice in Kashmir.

JT: As you know, in the war condition when two countries are in conflict, if someone betrays his or her country, in most countries of the world, this person is sentenced to death. Does this law also apply in the United States?

– As you know the MEK betrayed their country during the Iran-Iraq war and massacred a large number of innocent people in their country. They even massacred hospital patients in their invasion to Iran, this kind of action which is also prohibited by international law is known as a terrorist act. What do you think is the verdict of these people in wartime?

RF: yes, it does. Treason, the act of being a traitor, is dealt with severely in most circumstances. Some countries have outlawed execution, the United States has not, and this is an option if somebody doing that.

The MEK is a terrorist organization that seeks the overthrow of the legitimate government of the Islamic Republic of Iran. Their terrorist activities – the killing of innocent people – are well-known. Yet they receive support from some western nations, most notably the United States, because that nation’s government harbors an irrational hatred of Iran, and will support any organization, even a terrorist one, that opposes it.

The leaders of the MEK should be charged in the International Criminal Court with the many crimes they have committed.

JT: As you know, the money of the MEK has led to the non-observance of international law in Western countries, and as we have seen in the case of Asadullah Asadi, an Iranian diplomat with political immunity, was illegally detained in Germany and in a Belgian court, he has sentenced to 20 years in prison that this verdict violates the 1961 Geneva Convention, and now Mr. Hamid Nouri has been arrested by the Swedish police on a sham complaint and is on trial. On his trial, he had repeatedly stated that he had not served in the Iranian judiciary at the time due to the pregnancy of his wife, and another point was that Mr. Nouri was not a decision-maker in the judiciary at that time, Do you think that a person who did not appear in the court and did not even a decision-maker can be condemned on behalf of a government?

– As you know, the courts issue the verdicts according to the judicial laws of the same country. Do you think that a court in a European country or any other country has the right to decide on the rulings of the Iranian courts? If that were the case, would it not be better to prosecute the US and Saudi Arabian court judges who sentenced people to death, or an American police officer who pressed his knee against the neck of George Floyd for 9 minutes for being black and suffocating him?

RF: This is another case of western hypocrisy. If an official of any country is accused of a crime, there are international bodies, such as the International Criminal Court, that are responsible for dealing with the situation. One must consider, for a moment, if a U.S. official, say, for example, former President Donald Trump, was visiting a European nation and was arrested for the murder of Iranian General Qasem Soleimani. Trump ordered his assassination, while the general was visiting Iraq. Several international laws were violated by Trump’s order. Yet he has not been held accountable. But if he were to be arrested for this crime when traveling outside of the United States, the U.S. government would condemn the nation that arrested him, issue sanctions, and possibly invade. Yet the U.S. supports the arrests and incarceration of Iranian officials outside of their nations. This double standard is typical of the United States. It also shows that the U.S. remains powerful, despite its decreasing influence on the world stage, because the ICC has not charged Trump or any else in the former U.S. administration for the general’s murder. 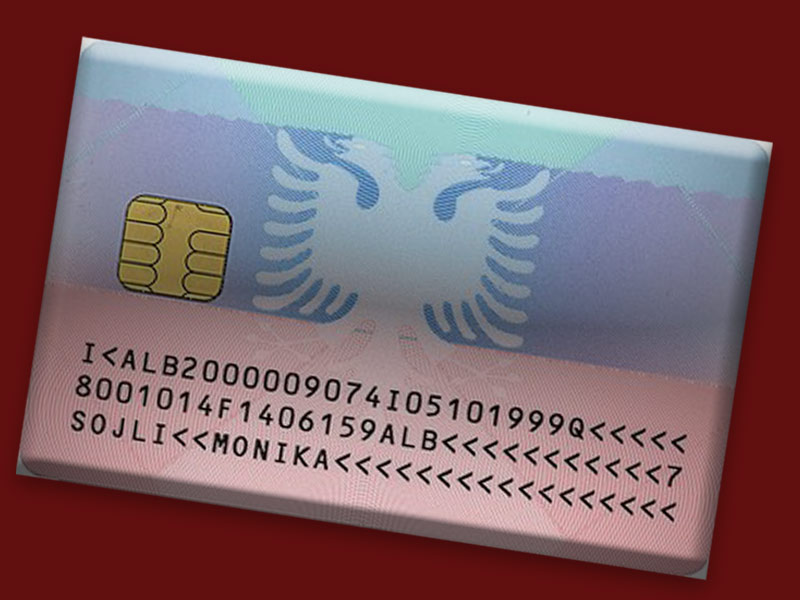 JT: A while ago, the representatives of the Albanian government intrusively entered the camp of the MEK and fingerprinted the members of the entire camp to present the citizenship identity card. As you know, when a member enters the cult of MEK, he has to hand over all his identity cards to the superiors of the group from the first day, and he no longer has the right to take them back, and he somehow loses his identity. According to recent investigations, a large number of members of Camp Ashraf in Albania intend to flee the group but have avoided fleeing due to lack of identity documents, but now that new identity cards are being issued and due to electronic version of these identity cards, those documents can no longer be confiscated by the group. For this reason, a large number of people will be estimated to leave this cult. Now, considering this issue, how do you assess the future of the MEK if it loses a large part of its members?

RF: Reports indicate a great degree of dissatisfaction among members of the MEK. It is one thing to disagree with some policies of a government; it is another to want to violently overthrow it. U.S. officials often speak about any protest demonstrations that occur in Iran as indicating that the people there want a new form of government. Yet in the summer of 2020, when millions of people demonstrated in the streets of major U.S. cities across the country, these same officials didn’t see the situation quite the same way. Some MEK members disagree with some Iranian government policies; no government will ever exist that pleases all its citizens. But following their involvement in the MEK, and seeing the mental and physical manipulation that membership in it involves, the MEK’s numbers will likely see a substantial decrease now that electronic identity cards have been issued.

JT: As you know, Albania has been a safe haven for terrorists for several years, and it hosts ISIS, MEK, and other terrorist groups, and the Albanian government made separate camps formed for each of these groups. What do you think are the reasons why a country like Albania is willing to turn its country into a safe haven for US-backed terrorists?

RF: The reason is simple: the U.S. has ordered it to. When the MEK was forced to flee Iraq, the U.S. government forced Albania to accept its members. The U.S. wants its terrorists physically united so that when the U.S. government wants to mobilize them to destabilize some nation that refuses to do the binding of the U.S. or Israel, it can do so with ease.

JT: The MEK ceremonies are usually attended by former American political figures, who give speeches and receive large sums of money from this group. These speeches have been legal since 2012 due to the removal of the MEK from the list of terrorist organizations, but with the regard that the group has a history of killing six American advisers, does the community of political, cultural, and social elites tolerate the presence of their politicians in these ceremonies?

RF: This goes back to what I mentioned earlier, about the irrational hatred that U.S. government officials have for Iran. The Iranian people overthrew the brutal U.S. puppet, the Shah of Iran. The newly-formed government severed ties with the Zionist entity and has offered stalwart support for the Palestinian people. It must be remembered that it is very expensive to run a political campaign in the U.S., and many U.S. officials rely heavily on financial contributions from pro-Israel lobbies. So if Israel tells them to oppose the JCPOA and support brutal and illegal sanctions, they will do so. The lobbies, not the citizenry, are their constituencies, and it is from them, and not the voters, that they take their orders. The fact that the MEK is responsible for the deaths of U.S. citizens is not important to these people.

JT: As you know, the corruption case of some American figures has been investigated these days, and even the issue of the presence and receiving money by Rudy Giuliani from the group of MEK has been included in the case of his financial corruption, which is being investigated by the FBI. In another case, John Bolton attended and spoke at a time when the group was on a list of terrorist organizations, which is considered a crime under US law. Now the question arises that what are the motives of politicians to cooperate with American killers? Is it just about money or something else?

RF: It is partly money, but also partly ideology. Iran is a mainly Muslim country; there is a great amount of hostility towards Muslims by U.S. government officials. Also, many U.S. officials, especially those that have been appointed by the current president, or previous presidents, are avowed Zionists. They will, therefore, do whatever it is that Israel wants, and Israel seeks to be the only powerful nation in the Middle East. Its main competitor for that title is Iran.

Additionally, especially during the disastrous Trump administration, there were many members of the so-called Christian Right in positions of power; former vice-president Mike Pence and former Secretary of State Mike Pompeo were two among many. It must be remembered that the evangelical Christian movement has strayed so far from the teachings of Jesus Christ that he wouldn’t recognize them as Christian if he were to attend any of their meetings. These people support Israeli terrorism and see Islam as the arch-enemy of Christianity. I can assure you that that is not what true Christianity is about. Yet that is why many of these people embrace MEK and any and all enemies of the peaceful nation of Iran. This is a nation that hasn’t invaded another country since at least 1798; conversely, the U.S. has been at war for at least 227 years of its 245-year history, and most of those have been offensive, not defensive wars.

Officials of the U.S. government need to use diplomacy, and not discredited religious ideology in dealing with other nations in the world. This is a lesson they have yet to learn.