..A short report by the Young Journalists’ Club entitled "Rajavis transferred to Jordan" states that Mas’ud and Maryam Rajavi, the heads of the militant Mojahedin-e Khalq Organization, are being allowed to open an office in Jordan, as part of the Jordanian monarch’s acts of hostility to Iran and Shi’is. A spokesman for the Iran Hezbollah, Kan’ani-Moqaddam says "radicals" of the Right and the Left or reformists, disrupted a first meeting on forging political consensus around the Hezbollah. He says radicals of both factions have no interest in consensus in politics…

link to the original report in Farsi:

MKO leaders presumed to be in Jordan

The fugitive leaders of the terrorist group MKO, wanted for aiding Saddam in his crimes, have been placed on Interpol’s Red Notice.

Iraqi sources in Baghdad confirmed that Massoud and Maryam Rajavi had gone missing a few months ago.

Although there is no accurate information about their whereabouts, some convincing evidence suggests that the two criminals and at least four other senior officials of the Mujahedin Khalq Organization (MKO) have fled to Jordan and they are now protected by the Jordanian government.

Interpol ‘Red Notices’, an international arrest warrant for individuals who are wanted by national jurisdictions or International Criminal Tribunals, represent only a tiny fraction of the number of red notices issued by Interpol.

No change in Jordan’s position towards MKO

No change in Jordan’s position towards MKO 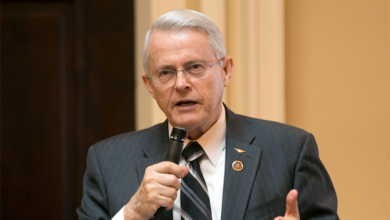