Mustafa Mohammadi, a Canadian-Iranian citizen stressed that the Iraqi Judicial force has issued the arrest warrant for three commandants of Mujahedin Organization.

Mustafa Mohammadi (whose daughter Somaye- A student at Etobicoke Collegiate Institute, dropped out of Grade 10 to join the rebels, and for the past several years her parents have done little else except try to get her back to Canada) in an interview with Al forat says  : by the grace of God, I could take the arrest warrant for three leaders of his terrorist organization: Abbas Davari ,Sediqeh Husseini, the responsible of the so-called National Liberation Army. Somaye has been stolen and she asked me and her brother to try to return her home and country but the terrorist Mujahedin-e-Khalq Organization forces her to say:”I don’t want to return.” 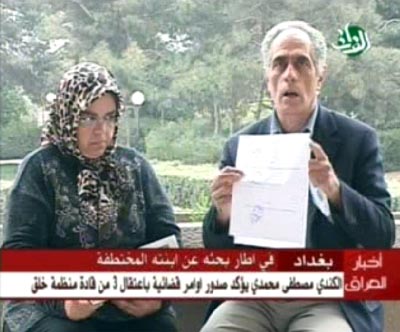