I believe if you have not been a member of the MKO cult, it is too hard to 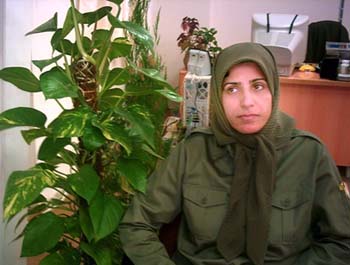 understand what the “systematic control” is. I will mention some aspects of it which I myself used to control members with. I name them one by one:

that is to speak out mind contradictions and to do self-criticism in front of a large gathering. In these sessions one has to severely self-criticize oneself and be harshly humiliated by others. This a technique used for mind manipulation of the members.

contacting families with the presence of a third person; working on the internet in groups of two or more; scheduled work plan without any spare moment; the minimum sleeping time; hard physical works, and so on.

the guru and the members of the leadership council and some elements close to the leader have a divine kind of ruling authority and a powerful mental influence over the ordinary members. The first rule is to express mind contradictions. That is the individual is persuaded to approach and express the contradictions of his thoughts compared with the instructions of the organization.

What do they mean by “Contradictions”? In the first phase of a person entering into the MKO or during a period of time after that, they indoctrinate the person to know what the criterion of each period is. For example, they indoctrinate that the “criterion of this era is to divorce the spouses”. So the member who enters the organization and its internal relations is supposed to describe the moments when he or she faces contradictions against the valuable phenomenon [divorce] in the ideology of the organization. Or in another example: suppose that the value in the MKO is that the men should keep away from the women. If an individual views a contradiction in such a value, he is encouraged to write them and hand them over to the officials. For instance if he saw a film and liked a woman in it or if he saw a woman in a gathering in Iraq and the woman recalled his wife to him; or if a woman saw a man and she thought of her husband, they would confess them all as their thought contradictions. 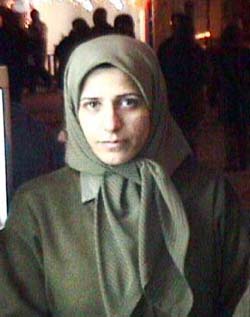 They want to control the members at any time during the day. They say that being a “Mojahed” is a valuable object. If a person, in one moment, thinks of family or social life or wishing to have a wife and home …, he or she should tell all the thoughts to the officials of the cult so they will be aware for the threat they feel from the side of that person and he/she will be under a higher control after that.

In the organizational hierarchy when an official who is responsible to control a low ranking member, doesn’t notice his problematic situation which ends him defecting or escaping from the group, that official will be deposed from his rank.

The worst punishments are enforced on the officials who are not aware of the problems of their forces who are about to defect. Rajavi even expressed in his message to the Leadership Council that: “It is much better to have two defectors everyday rather than having a runaway every year.”

See, how crucial it is for them. Now, what is the difference between a person who runs away and a person who comes to the groups’ leader asking to leave them? There is a big difference: Someone who escapes had so many contradictions in his mind that he eventually leaves the cult. He costs a high political price for the MKO. On the other hand, allegedly the future of this person has not been burned and he will be used by the enemy. Therefore it is very important for the leaders that if you want to leave, you should come and say so. They can find out when the member expresses his contradictions. They will focus on him. They put too much mental pressure on him in order to manipulate him, torturing him mentally, so as he might admit his regret and show his willingness to remain. If the person is a woman, they will bother her so much that she says “I was wrong”. If the person is a man and they finally find out that they can not keep him in, they will operate the process of “Burning future.”

It means that they have the defector to sign some engagements to allegedly burn his future. I remember a woman (whom I don’t want to tell her name) who wanted to leave the MKO, the officials told her “You want to go to cooperate with Iranian regime, to become a revolutionary guard, a torturer.” She said “No”. They said: “so if you do not want to be used by the regime you should be interviewed.”

They told her that the organization had helped her a lot and she must say it in the interview otherwise they wouldn’t let her go away.

They had dictated her interview. She had said “I am in complete health. The organization has helped me a lot. It struggles for its people’s freedom. It is so good …”

For the MKO leaders, it is not important what the defector wants to do. The only crucial thing is whether she will or won’t talk against the MKO. Only her silence matters. They want the defectors to leave, keep quiet and die…