TEHRAN (FNA) – Iran’s ambassador to Iraq on Saturday announced that the Baghdad government is seriously pursuing its policy on the expulsion of the anti-Iran terrorist Mojahedin-e Khalq Organization (MKO) from the country. 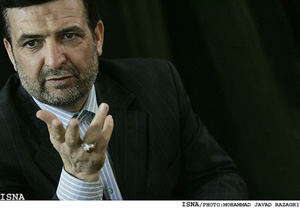 "Based on our information, the government of Iraq is preparing preliminary measures for transferring the group’s members from Camp Ashraf to Samawah Province (Southeast of Baghdad)," Iranian Ambassador to Baghdad Hassan Kazzemi Qomi told FNA.

"That is the Iraqi government’s decision and oppositions in this regard will not influence Baghdad’s decision," he reiterated.

The MKO has been in Iraq’s Diyala province since the 1980s. The Iraqi government and parliament have announced that they would not tolerate the group anymore and that they are seeking to expel the group from the country in the near future.

Following the decision, Iraqi security forces took control of the training base of the MKO at Camp Ashraf – about 60km (37 miles) north of Baghdad – in July and detained dozens of the members of the terrorist group.

The Iraqi authority then changed the name of the military center from Camp Ashraf to the Camp of New Iraq.