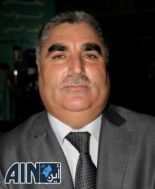 He stated to All Iraq News Agency (AIN) "Barzani has no relations with the MKO because it targeted the Iraqis and the KA is adherence to establish good relations with Iran."

"All these reports are political accusations aim at defaming Barzani to attack him politically by declining sides," he concluded.

MKO is classified as a terrorist group according to the USA standards, but the EU decided to relief the Organization from such classification in 2009.

A senior member of the Kurdistan Coalition in Iraq’s parliament denies the rumors about the relationship between the president of Iraq’s self-rule Kurdistan Region in northern Iraq, Masoud Barzani and the terrorist Mujahedin-e Khalq Organization (MKO, a.k.a. MEK and PMOI).

“Masoud Barzani, the president of the Kurdistan Region, has no relationship with the terrorist Mujahedin-e Khalq Organization since the group has targeted Iraqi people, and besides the Kurdistan Coalition insists on good relations with neighboring Iran,” Mahma Khalil told Habilian Foundation –families of Iranian terror victims–.

The remarks follow the claims raised by the political advisor to the Iraqi Prime Minister Nouri al-Maliki, Saad al-Matlabi who told Habilian in his recent interview that Barzani was likely to have relationship with the MKO terrorists.

Earlier this month, Dr. Habib al-Tarfi, a member of Iraq’s Supreme Islamic Council, said presence of the terrorist group in Iraq was political and Saddam’s security forces had utilized it to murder people.

He further explained that Mujahedin-e Khalq supporters are “as corrupt as the terrorist group itself”.

MKO is known to have received millions of dollars in return for its services to Saddam Hussein, particularly for the suppression of 1991 uprisings in southern Iraq and carrying out the massacre of Iraqi Kurds.