Iranian minister of defense described the terrorist Mojahedin-e Khalq Organization as a “tool” in the hands of the Americans, adding that US support for the terrorist group would be of no benefit to MKO members and Washington. “MK 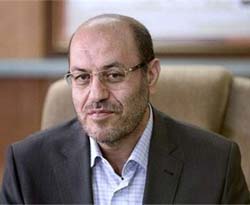 O members will gain no advantage from US support,” Brigadier General Hossein Dehghan said, and added that the terrorist organization is a tool at the disposal of the White House.

The MKO did not offer any service to the nation and the Islamic state, and from the very beginning they served the enemies of the revolution and the nation, the minister said.

"The climax of their betrayal was when they decided to support Saddam Hussain, and wasted all their capital on him. Saddam gave them refuge only to take advantage of their capabilities against the Islamic Revolution."

The MKO — listed as a terrorist organization by much of the international community — fled Iran in 1986 for Iraq, fought on the side of Saddam Hussein during the Iraqi imposed war on Iran (1980-1988), and was given a camp by Saddam.

On September 1, more than 50 MKO members, including some of its top commanders, were killed in clashes inside Camp Ashraf, that housed them for long years. Ten days later the remaining members were evacuated from the camp and taken to Camp Liberty, now called Camp Hurriya, near Baghdad International Airport.

But the Iraqi people who had suffered much at the hands of the terrorist cult during the rule of deposed dictator Saddam Hussain want the remaining MKO members to be expelled from their country.