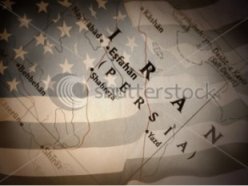 Will the new Iranian president’s diplomatic opening survive the onslaught from detractors like Israel, Saudi Arabia and members of the U.S. Congress?

The new Iranian leader’s diplomatic moves have brought hope to those searching for an end to hostility between Iran and the U.S. In the days leading up to the annual gathering of world leaders in New York, Iranian president Hassan Rouhani proclaimed to NBC News that Iran would not seek nuclear weapons under any circumstances and penned a Washington Post op-ed in which he declared, “I’m committed to fulfilling my promises to my people, including my pledge to engage in constructive interaction with the world.”

It was all part of Rouhani’s effort to pave the way for a potential new chapter in U.S.-Iranian relations. After decades of mistrust sowed by a U.S.-backed coup in 1953 and the taking of American hostages in the aftermath of the 1979 Islamic Revolution, Rouhani seemed to be trying to forge a different course. The new Iranian president’s United Nations speech continued the diplomatic opening, declaring that Iran was open to negotiations aimed at resolving “reasonable concerns” about Iran’s nuclear energy program. Rouhani’s UN talk came hours after President Barack Obama signaled an American willingness to engage in talks with Iran, though it’s far from a sure thing that meetings could bear fruit.

The details of a potential deal are fairly well-known. It would involve Western recognition of Iran’s right to enrich uranium for peaceful purposes in return for an Iranian willingness to allow more inspections of its nuclear program, ending work on a water reactor that could produce a key element of a nuclear weapon and capping the levels of uranium enrichment. Iranian concession would be met with sanctions relief.

But will the diplomatic opening survive the onslaught of a wide array of detractors? That’s the big question.

On September 24, the day of Rouhani’s and Obama’s speeches, a large crowd of detractors virulently opposed to a thaw in U.S.-Iranian relations demonstrated outside the United Nations. Organized by the political branch of the Iranian expatriate group Mojahedin-e-Khalq (MEK), thousands of Iranian-Americans gathered to denounce Rouhani and any chance of diplomacy. Also at the rally were non-Iranian Americans that were bused in from around the country, their tickets, food and lodging all paid for by MEK. “Some of the people don’t have a clue what it was all about,” one man from Michigan at the rally told AlterNet.

Waving trademark red, green and white MEK flags and chanting for the downfall of the Iranian regime, MEK supporters listened to former U.S. officials on the group’s payroll fall over themselves for the most hyperbolic statements about Iran’s new leader.

Former Democratic senator Robert Toricelli thundered, “there is no compromising with evil….Do not meet with terrorists.” Former chair of the Republican National Committee Michael Steele said, “do not shake hands with Rouhani,” a reference to the possibility that Obama would do just that with Rouhani (the handshake or meeting never materialized). The hawkish former U.S. ambassador to the United Nations, John Bolton, told the crowd it would be “repugnant” for Obama to meet with Rouhani and that now was the time for “increasing” punishing sanctions on Iran which have wreaked havoc on their economy and led to medicine shortages. But it fell to former New York City Mayor Rudy Giuliani to take the cake for the most ridiculous statement of the day when he tried to link Rouhani to a 1994 bombing of a Jewish center in Argentina.

“Rouhani…was certainly aware of it, certainly involved. Their blood is on their hands, and just wishing people ‘Happy Rosh Hashanah’ doesn’t wipe away the blood of these Jewish martyrs from Iran’s hand or Rouhani,” said Giuliani. But while the Iranian government has been linked to the attack, the Argentine prosecutor on the case told the Times of Israel in June that Rouhani “did not participate” in the meeting that approved the bombing.

MEK and its supporters are hardly the only political force that wants to stop U.S.-Iranian negotiations over the nuclear program. Here are five others.

America’s number-one ally in the Middle East is the leading player in the drive to scuttle diplomacy between the U.S. and Iran. Israel has been hyping the Iranian threat in part “to distract attention from Israel’s occupation of Palestine,” as the Palestine Center’s Yousef Munayyer put it last year. The Jewish state has warned of the danger of an Iranian nuclear bomb since the early 1990s, when then Foreign Minister Shimon Peres said that “Iran is the greatest threat and greatest problem in the Middle East because it seeks the nuclear option while holding a highly dangerous stance of extreme religious militancy.”

Another reason why Israel is wary over diplomacy with Iran is that it could lead to recognition of Iran as a major regional player and thus pose a more potent challenge to Israeli regional hegemony.

Predictably, Israel reacted negatively to Rouhani’s United Nations speech. In an indication of just how distasteful they feel about the prospect of speaking to Iran, Prime Minister Benjamin Netanyahu said that “Iran thinks that soothing words and token actions will enable it continue on its path to the bomb. Like North Korea before it, Iran will try to remove sanctions by offering cosmetic concessions while preserving its ability to rapidly build a nuclear weapon at a time of its choosing.” Netanyahu also claimed that Israel “would welcome a genuine diplomatic solution,” but his demands amount to a complete Iranian cave-in, something that is not going to happen.

Israeli officials at the UN went so far as to boycott Rouhani’s speech.

Taking their cues from Israel, pro-Israel groups in the U.S. are also demanding the impossible from Iran, and in effect, trying to scuttle real diplomacy. The Israel lobby’s number-one group, the American Israel Public Affairs Committee, launched a broadside against Rouhani in a memo released before the General Assembly opened.

The memo urges the West to keep the “military option”—a strike on Iran—on the table and increase sanctions so talks would be more effective. But Iran has bristled at the military option and wants sanctions reduced in exchange for Iranian concessions, making AIPAC’s asks a surefire way to close the possibility of a deal. “The international community should only consider sanctions relief if Iran complies with United Nations Security Council (UNSC) resolutions that require suspending its nuclear activities,” the AIPAC memo states, indicating that only full Iranian capitulation on its nuclear program would suffice.

The Emergency Committee for Israel, a neoconservative group run by Bill Kristol, is also dismissive of Rouhani. It set up a website dedicated to showing that Rouhani “is no moderate” and that he is a “career terrorist.”

Congress works hand in hand with the Israel lobby, and both Democrats and Republicans have wasted no time blasting Rouhani. A letter sent from senators Charles Schumer (D-NY) and John McCain to President Obama echoed AIPAC’s memo. “We respectfully urge that any diplomatic outreach to Iran re-emphasizes that the United States will not allow Iran to acquire a nuclear weapons capability and that any relief from crippling economic sanctions on Iran will only be provided if Iran takes meaningful and verifiable actions to halt its nuclear activities,” the hawkish senators wrote.

But no deal can come by demanding that Iran “halt its nuclear activities.” Iran sees enrichment of uranium as a key part of its identity as an independent state able to deter enemies like Israel.

Democrats like Eliot Engel in the House had a similar message. According to Al-Monitor, Engel, chair of the House Foreign Affairs Committee, responded to Rouhani’s UN speech by saying that the Iranian leader missed an opportunity… to set a new constructive tone demonstrating Iranian seriousness in addressing its nuclear program. Far from engaging in a ‘charm offensive,’ he repeated too many of the same old talking points blaming the United States and our allies for all of the world’s ills.”

The dismissive statements directed toward Rouhani were no surprise. In the immediate aftermath of Rouhani’s election—a time that sparked hope for a diplomatic resolution over Iran’s nuclear energy program–the House passed a new sanctions bill aimed at slashing Iran’s oil exports, a key source of income for the Islamic Republic. Other sanctions passed into law by the U.S. Congress have led to Iran’s economy suffering, with inflation and medicine shortages increasing.

The September 24 rally held by Mojahedin-e-Khalq outside the UN was only the latest salvo in its effort to pressure the U.S. to do more to help overthrow the Iranian regime. It’s been lobbying and enlisting U.S. officials to do just that for years now. It positions itself as a sort of “government in exile,” a movement ready to take the reins of power in Iran once the regime is overthrown. But MEK is widely detested within Iran.

MEK participated in the revolution that brought down the U.S.-backed Shah in 1979. But soon after the ayatollahs of Iran took over, they turned on MEK and an armed crackdown began. The Islamic Republic drove Mojahedin-e-Khalq and other left-wing forces underground. Mojahedin-e-Khalq responded by bombing Iranian government facilities and killing members of the Iranian military. The violent Iranian group has been characterized as a “cult.” Its violence landed them on the State Department list of terrorist organizations.

It was eventually driven out of Iran, and Mojahedin-e-Khalq went on to back Saddam Hussein’s government while Iraq waged a brutal war with Iran.

Fast-forward to the past decade, when a high-profile lobbying campaign was waged by Mojahedin-e-Khalq and former U.S. officials to get the group off the U.S. terror list. MEK, which was trained by the U.S. military in 2005 and reportedly colluded with Israel to assassinate Iranian nuclear scientists, paid millions of dollars in speaking fees to former U.S. officials to speak on its behalf. The lobbying campaign bore fruit in 2012 when the State Department took MEK off its terrorist list.

MEK is still at it, as the September 24 rally showed. Its supporters at the rally called for a halt to the drive for diplomacy with Rouhani and the overthrow of the government.

Israel is the foreign country everyone talks about as fearing a diplomatic deal with Iran and the easing of pressure on the country. But Gulf Arab states equally fear Iran and want the pressure to be kept up—putting those Arab states in league with Israel, a country disliked by much of their populations.

Countries like Saudi Arabia, Kuwait and Bahrain are bent on curbing Iranian influence in the Middle East. Saudi Arabia and Iran have been locked in a battle for regional power in the Middle East ever since the Islamic Revolution in 1979. The geopolitical battle stems  from Iran’s oil production, which puts them in competition with Saudi Arabia, as well as both countries’ attempts to place friendly political forces in power in other nations. Those attempts have led to proxy battles being fought in Lebanon, Bahrain and now Syria.

As a major oil exporter to the U.S., Saudi Arabia is likely to be skeptical of a grand U.S.-Iran bargain. But Rouhani has also pledged to improve Saudi-Iran ties, so it’s possible a thawing in relations between the two countries could result from the new Iranian leader’s election.

MEK leader in Paris obstructing the process to resettle members