UK must rescue modern slaves from clutches of MKO in Iraq 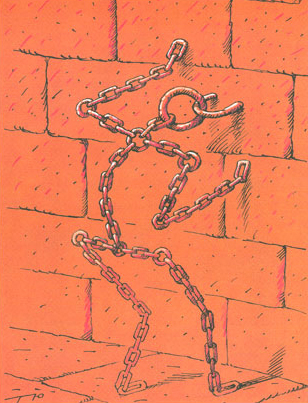 The recent discovery of three modern slaves in a quiet area in London has echoes of the situation of the three thousand hostages in Camp Liberty in Iraq. In each case the victims were brought together thirty years ago to live collectively as part of a shared political ideology. In London, as in Iraq, this went wrong when the use of emotional and physical abuse was used to enslave the victims against their will.

Just as the three women in London have had traumatic and disturbing experiences, so the escapees from Camp Liberty have described the systematic use of psychological, emotional and physical abuses behind closed doors to keep them under the control of brutal, exploitative leaders.

As in London, the victims of the Mojahedin Khalq are left emotionally fragile and highly vulnerable. Their needs for a careful and compassionate process of recovery and rehabilitation are similar. This can only be achieved if they are protected from their former ‘owners’ who will try their utmost to collect them back up and return them to conditions of slavery.

Under the terms of an agreement struck between UNAMI and the government of Iraq in 2009 to remove the Mojahedin Khalq organisation from Iraqi territory in line with the country’s constitution, the United Nations High Commission for Refugees has asked the UK to re-admit 52 residents of Camp Ashraf who were previously settled in the UK but no longer have immigration status. Each individual will be assessed by the UNHCR to ensure they have not been complicit in acts of terrorism or other activities incompatible with refugee status.

When assessing these considerations it is vital that the UK government remember that these people are victims of modern slavery, and above all that their lives are in danger at the hands of their ‘owners’ Massoud and Maryam Rajavi. Several residents of Camp Liberty are already on enforced hunger strike over a spurious issue; their option to continue or not has been removed as they are being denied access to food. Other residents have already been killed through the deprivation of medical treatment, or having been placed in direct danger of attack as occurred in the 1st September incident at Camp Ashraf.

Just as the London victims were enslaved for thirty years, so the members of the Mojahedin Khalq have been isolated and abused behind closed doors for thirty years. The government of Iraq and UNAMI must act to open the doors of the camp and gain access to these residents. Western governments must make a genuine effort to undertake the rescue of these victims and give them refuge. Above all they must ensure that they are saved from further abuse when they arrive in their countries as, without safe and targeted support, the Mojahedin Khalq leaders – who operate openly and freely in western countries – will easily search them out and enthral them once again.