20 People Move to Albania; New Revelations of Abuses in the MKO

On Tuesday February 9th a group of 20 residents of TTL Camp in Iraq flied to Albania. This was the second group of MKO members who were relocated in Tirana, this year. 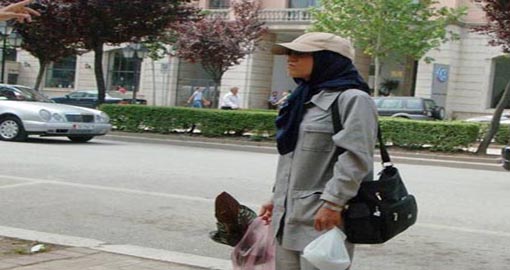 Survivors of the MKO who left the group after they were resettled in Albania report that the MKO leaders use tricks to deceive HCR officials and to maintain their hegemony over the cult members. According to the Survivor’s Website,” Massoud Rajavi forced Liberty residents to claim to be single in their interviews with the HCR.”

Forced divorce was part of Massoud Rajavi’s project to turn his organization into a cult of personality. Under his order, married members were indoctrinated to divorce their spouses so celibacy became a rule in the Cult of Rajavi.

Besides, the cult authorities have ordered Liberty residents to claim that they are single while filling the forms of the HCR. Members are band from writing the names of their ex-spouses in the forms because being re-linked with their spouses facilitates their release from the cult.

Rajavi’s new tricks to keep members isolated and separated from their family is not surprising. This policy began three decades ago when Rajavi’s panic of love and emotion for family emerged. He knows that contacting family including spouses results in departure from the bars of the cult. A married refuge seeker is more probable to be granted refuge. This is what Rajavi doesn’t want to take place.

Albania to take in all Camp Liberty residents