Former MEK member Ehsan Bidi staged a sit-in outside the UNHCR office in Tirana, Albania where he has refugee status.Bidi and other formers were told by the UN office that their funds and accommodation would be stopped from end of March. They have now all been evicted and made homeless.According to Bidi, the responsible person at the UN, Nicola, has been replaced in the past few days by someone from Pakistan who claims to know nothing except that the UN is not allowed to pay for the refugees from today. The UN attributes this situation to an agreement between the Albanian government, the US, MEK and the UNHCR. According to this agreement, Albania should only provide land and the individual refugees’ expenses are to be met by the MEK. The problem is that not only will the MEK not provide for these formers’ expenses, they actually want to kill Bidi.Bidi says that already a few members have been forced to humiliate themselves and beg the MEK to be allowed again to become terrorists for money. They all have refugee status. 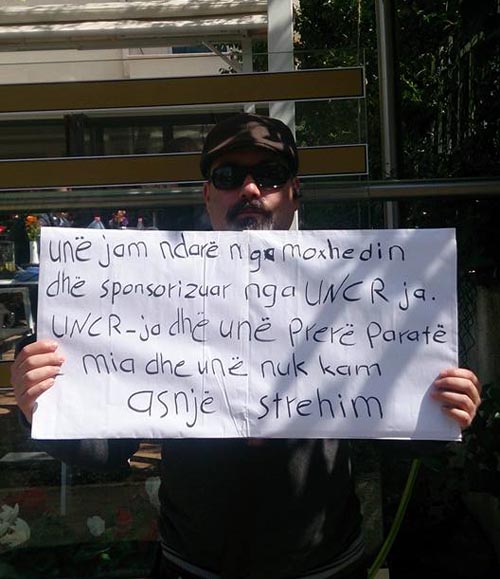