An Iranian citizen and ex-member of MEK has been accused of being a foreign agent and is at risk of being expelled from the country.

Ehsan Bidi came to Albania with more than 2000 Mujahadeen from the Freedom Camp in Iraq. He was granted refugee status, supposedly lasting until 2023. During his time in Albania, he defected from the MEK and had his refugee status revoked. He was then imprisoned for one year at the Karrec detention centre with several other defectors. 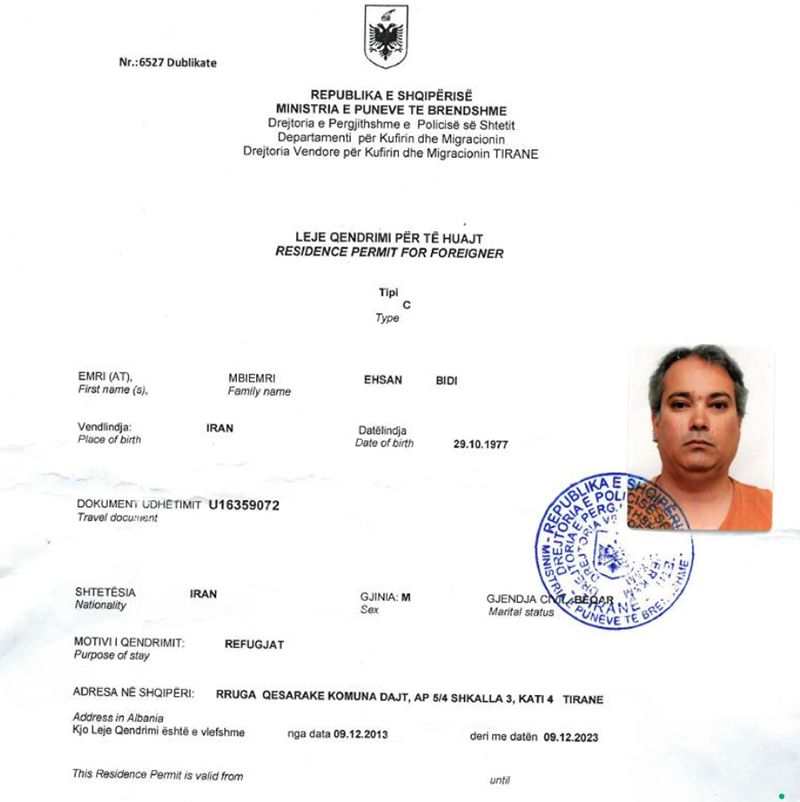 On 13 August, media reported that he would be deported from Albania to Greece because he is an “Iranian agent”. The MEK claim that “an asylum seeker, under international law, is a person whose life is in danger in his country of origin,” and that Bidi does not fit this criterion.
Bidi was then taken to the Greek border at Kapshtica where the Greek authorities wouldn’t let him cross. It was reported that the Greek side did not want to carry out deportation procedures.
A representative of Bidi speaking to Exit said that he is not an Iranian agent and that the attempts to deport him and therefore “risking his life” are because he defected from the MEK camp. Exit has been unable to verify this either way.

Bidi was due to hold a press conference at Tirana International Hotel today at 11.00 in an attempt to clear his name but the Hotel cancelled at the last minute, citing orders from the police.
Exit called the hotel and asked what reason the police gave for cancelling the conference, and they said it was due to COVID-19 protocols.
https://exit.al