A number of families of residents of Camp Liberty picketed in front of the camp advocating the release of their loved ones taken as hostages by the leaders of the Mujahedin Khalq.

48 people including families of Ashraf residents traveled to Baghdad , Iraq from Fars, Khuzestan, Lorestan, Kermanshah, Qazvin and Tehran on Saturday May21st, 2016. They went to gate of Camp Liberty the next morning and launched their campaign to call on their loved ones in the Camp who have had no contact with them for years now. The families have had no information on the physical and mental conditions of their children since they were recruited by the MKO. The group has kept members in isolation under a sever manipulation system. 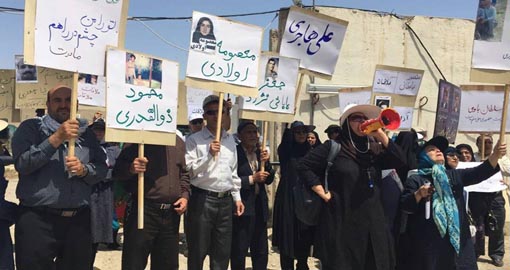 Suffering parents, brothers and sisters of the MKO members have one main demand; a free visit with their beloved ones. However, families were faced with harsh behavior of the guards of the camp who had covered their faces. They were filming families carrying cameras while insulting them from time to time.

But families offered them, flowers and candies and told them about their real request which was getting some information about their loved ones but an MKO guard hit the candy container and offended them. 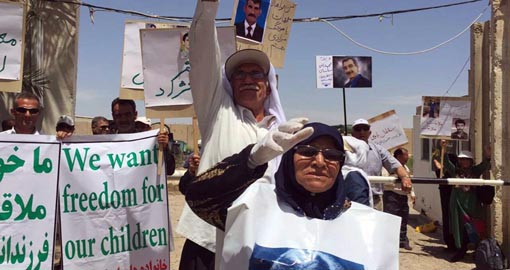 Nevertheless, picketing people kept calm and repeated their demand. A grieving brother tried to give them some photos of former members who previously left the group — to encourage them to leave the camp– but the guard threw back the photos torn! 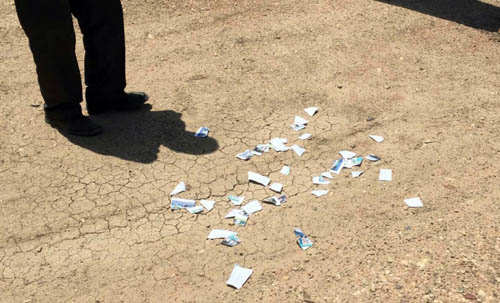 On the other side of the walls and curtains some residents of the camp were seen from a narrow split between the wall and curtain. They looked sad and depressed regretting the free world. Eventually the split was covered by a cloth.

This is the fifth time that families of MKO hostages go to the gate of Camp Liberty and they do not succeed to visit their beloveds. Although, they know that the MKO leaders will not allow them to see their children, they repeat their campaign because no other way is left for them. 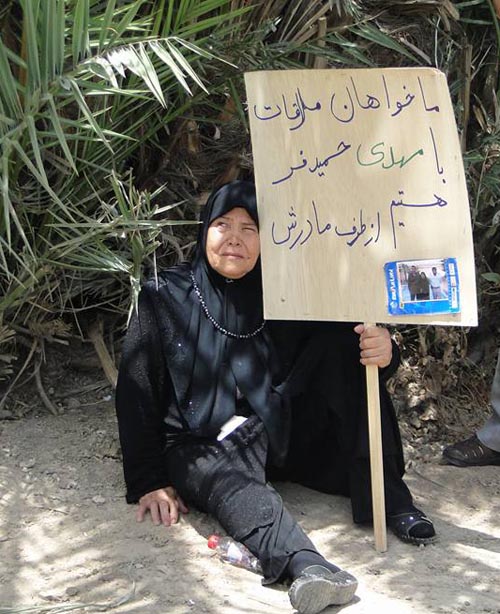 Unfortunately, Rajavi still has an absolute rule over his members exploiting and abusing them and there are still authorities who ignore the sever violation of human rights that takes place in the cult-like MKO under the rule of Massoud Rajavi.