THE IRANIST: You served on the National Security Council in President Jimmy Carter’s administration. Do you have any regrets about how foreign relations with Iran were handled before the 1979 revolution? 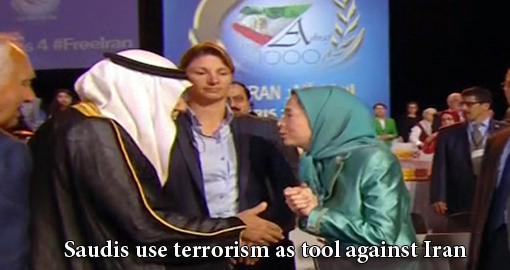 GARY SICK: Except for the fact that we got it all wrong, I guess everything was fine. My book, All Fall Down: America’s Fateful Encounter with Iran, was supposed to indicate that nobody—certainly no one in the Carter administration or anywhere else—thought that we understood everything going on. The reality is that no one got it right. And to all the people now who feel the revolution was preordained and predictable and that everyone should have seen it coming, there was no one like that at the time. No one was saying it was going to be a revolution. Almost everybody knew that Shah Mohammad Reza Pahlavi had overwhelming superiority—support, organization, money. We were all wrong. Everyone involved in the events of those days now agrees on that.

THE IRANIST: What do you say to those who believe that the Carter administration backed Ayatollah Ruhollah Khomeini and that the Islamic Revolution was preplanned?

GARY SICK: As someone who was close to Carter and working with him on that subject at the time, that notion is ludicrous. Having Khomeini in Iran was exactly the last thing in the world that Carter wanted. Basically, what is happening—like all conspiracy theories—is that people want to explain away things that were painful. They don’t want to be seen as responsible for things themselves. To the people who say, “Weren’t you really responsible for getting Khomeini into power?” I say to them, “Where were you at the time? Where were the people who were supposed to be standing up for the shah at the time?” They disappeared and went over the horizon.

I understand why people want to find a scapegoat. But the reality is everyone got it wrong and the people who suffered the most have reason to be unhappy with the way things went.

THE IRANIST: What are your thoughts about the 1953 coup documents being released?

GARY SICK: With regard to the 1953 coup—or countercoup, as it is referred to—that was a matter which involved CIA resources and methods. In many cases, the people involved were very anxious. As time went on—particularly since the United States was involved in efforts to negotiate with Iran both before and during the period of the JCPOA [Joint Comprehensive Plan of Action, or the Iran nuclear deal]—there was a reluctance to put out information that could interfere with that process.

Whether that was right or wrong, I cannot say. Many historians were very upset about the fact the documents were not released and held for many years. They are out now and I think what we see is what we are going to get.

THE IRANIST: How do you find the Trump administration’s handling of relations with Iran right now?

GARY SICK: They basically came in with the idea that Iran was the enemy, and they have not changed their attitude. They are not interested in making a deal with Iran. They are not interested in whatever positive benefits that could come of cooperating with Iran, like in Afghanistan and other places where our interests coincide. They are out to oppose Iran in any way they can. And at the same time, there are a lot of people in the administration who want to see regime change in Iran. It is a very dangerous thing.

I was not a Donald Trump supporter by any means, but I was pleased that when he came into office, he said, “Let’s reduce our presence in the Middle East. We’re overcommitted and we’re paying too high of a price for all of this. It has nothing to do with us.” I think he was right. I thought it was very constructive and it was the one area where I could really support Trump. After a few months in office, he seems to have changed course entirely. Now he has surrounded himself with a group of generals, and basically delegated responsibility to them for increasing military presence in the region. We have a presence in virtually every part of the Middle East. Everything Trump said [regarding foreign policy] during the presidential campaign has not taken place. In fact, it’s going the opposite way. That does bother me very much because I think of all the things that could happen in the near future, which is truly disastrous for the Middle East and the United States, would be getting into a shooting conflict where we find ourselves spending enormous amounts of money without any positive outcome at all. We seem to be looking for military answers to all our problems.

GARY SICK: Regime change is always a tempting idea. Governments everywhere think if they can just change the government or change the rulers, everything would then be fine. That usually backfires, and there are unintended consequences. They haven’t learned their lesson because they believe all their problems are tied to one ruler in one place.

THE IRANIST: The Trump administration has been rather vague as to what “regime change” means. What do you think they have mind?

GARY SICK: At the moment, I’m not sure we can say the Trump administration has a point of view; it has multiple views. By the way, it is not unusual for the U.S. government to have multiple views. However, it is unusual to have them out in the open so blatantly. Clearly, right now there is infighting in the U.S. government, comparable to the worst kind under the Nixon administration and the famous ones between National Security Advisor Zbigniew Brzezinski and Secretary of State Cyrus Vance under Carter. This rises to the level of some of the worst infighting in White House history.

THE IRANIST: Do you think the Trump administration could be considering the formerly designated terrorist organization, the Mojahideen Al-Khalq (MEK), as an option for regime change?

GARY SICK: I don’t know how much influence the Mojahideen Al-Khalq has. One question that is asked often but has no answer is, “Where is all that money coming from?” The MEK is paying $50,000 to $100,000 for people to deliver a speech that basically preaches their message of violent overthrow of the Iranian government. We would understand the MEK better if we understood the sources of its revenue. Those sources are significant and they have a wealth of political influence.

THE IRANIST: Do you think a war with Iran is a possibility over what is happening in Syria?

GARY SICK: We are in fact fighting on the same side, in opposition to ISIS, but we are on opposite sides when it comes to Syria and what happens there. As we have seen, Iranian aircraft and drones have been shot down south of Raqqa, the ISIS capital. As the fight against ISIS progresses, people are looking at what the aftermath is going to be and are concerned Iran and Syria will benefit from the downfall of ISIS. And then matters complicate further: Russia is basically allied with Iran and Syria, but these three nations also have their problems with each other, because they do not fully trust each other. The chances of misinformation, mistakes, and unintended consequences are very high. I don’t tend to be alarmist, but I think the chance of us getting into another war in the Middle East is very high.

THE IRANIST: How do you interpret Iran’s current political trajectory?

GARY SICK: There are two major traditions in Iranian politics. One is that the Iranian people usually vote for whichever candidate is least supportive of the establishment in every election. They are a very rebellious bunch. The second great tradition is that every Iranian president that gets a second term is stunted by the actions of the Supreme Leader and the Islamic Revolutionary Guard Corps (IRGC). Even if the Iranian people vote for someone who they think is really a reformer, there are a lot of people in the country who do not want to see that happen, and they can do a lot to frustrate the president. That’s where we are now.