On the occasion of the death anniversary of the death of Dr. Mohammad Mosaddegh, the democratically elected Iranian Prime Minister of Iran, the leader of the destructive cult of the MKO, Maryam Rajavi’s narcissism leads her to claim to inherit the legacy of Mossadegh! 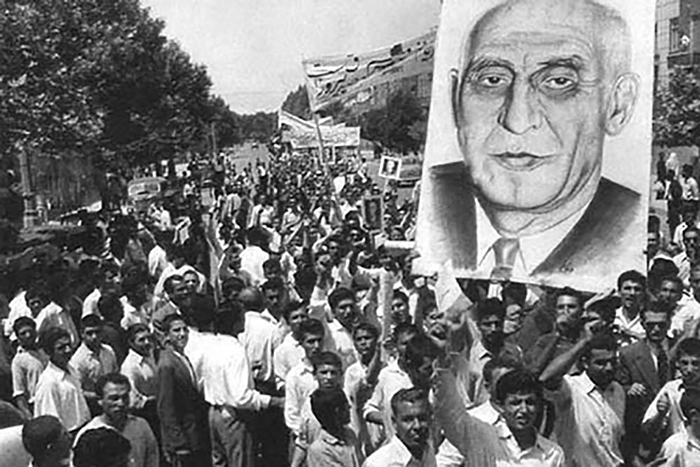 She does not hesitate to put the name of her destructive cult –People’s Mojahedin of Iran_ alongside the name of Dr. Mossadegh as the inspirers of the youth of Iran for her alleged freedom and democracy. Listing the achievements of Dr. Mosaddegh’s 28-month tenure, Rajavi accurately said about mosaddeq, “He was targeted from all directions for his cause which cherished independence, freedom, and an unwavering struggle against foreign colonialism, and against domestic dictatorship and fundamentalism.”

Nevertheless, Maryam Rajavi should be asked what the MKO has in common with Dr. Mosaddegh in both the achievement and the cause. While Dr. Mossadegh was the most prominent figure of the Iranian nationalism, the history of the Mujahedin Khalq –particularly its leader Massoud Rajavi—is full of anti-nationalistic acts. Siding with Saddam Hossein in the eight years of Iran-Iraq war and acting as the proxy force of the Israeli and American Intelligence services in Iran after the fall of Saddam, the MKO has nothing in common with the Nationalist movement of Iran.

Mosaddeq’s nationalization efforts led the British government to begin planning to remove him from power. In January 1953, the U.S. and Britain agreed to work together toward Mosaddegh’s removal. The plot, known as Operation Ajax, centered on convincing Iran’s monarch to issue a decree to dismiss Mossadegh from office. On the 60th anniversary of the coup against Mosaddegh, the CIA publicly admitted for the first time that it was behind the notorious coup in August 1953.

This indicates that, the Western Imperialism felt their interests threatened by the side of Mosaddegh as a nationalist anti-West leader who was democratically elected and cherished by the Iranian people. In contrast, the MKO leaders, Maryam and Massoud Rajavi and their followers have served as Saddam’s private army and the US-Israeli proxy forces in order to launch cross border terror acts against Iranian civilians including the Iranian nuclear scientist.

The legacy of Mosaddeq and the nationalist Movement is probably the most symbolic for the many Iranians of both religious and secular persuasions who favor political development toward a democratic society but the Mujahedin Khalq is a violent group detested by the majority of Iranians. However, the opportunist leaders of the MKO have always been seeking a chance to boost their declining establishment. The names of great leaders of the masses all over the world such as Mandella, Ghandi and Mosaddeq are used as the apparatuses for the propaganda machine of the MKO.

The MEK and the Iranian People
FacebookTwitterPinterestEmail
previous post