Maryam Rajavi cheered up by Trump

Or more isolation for the MKO and its masters?

Apparently pleased by Trump’s hateful speech against Iran, Maryam Rajavi is dreaming of ruling Iranian nation. “Mrs. Rajavi underscored, it is imperative that the National Council of Resistance of Iran be recognized as the sole democratic alternative to the terrorist, religious dictatorship ruling Iran to rectify the past disastrous policy”, according to the group’s propaganda media. 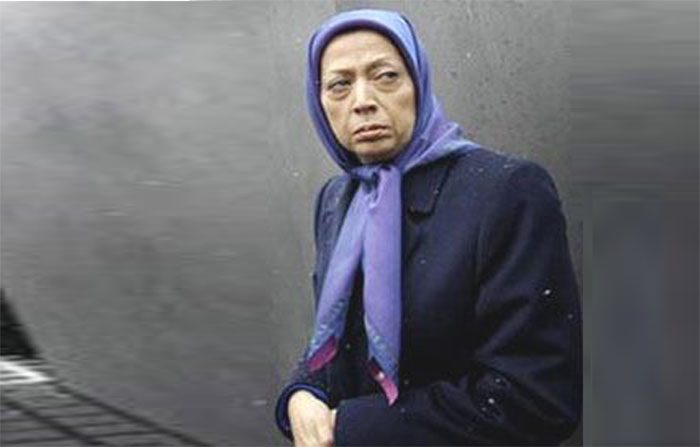 While Maryam Rajavi considers the JCPOA as “disastrous”, the majority of the Iranian nation have a very opposite idea about the deal. Many of them poured into the streets of Tehran to celebrate the historic nuclear deal agreed with world powers in Vienna in July 2015. [1]However, there are a number of Iranians who protest the deal but not for the same reasons that the MKO brings up. Both spectrums of the Iranian nation –pros or cons of JCPOA—share the same idea: they neither accept MKO nor its leader.

Thus, Rajavi should learn that counting on Trump will not bear any fruit for her. “Trump’s decision to decertify the deal and his outreach effort to Iranians was met with anger”, reported Radio Free Europe. RFE published some of a large number of tweets made by Iranians following Donald Trump’s speech. [2]

“The danger of this kind of lofty rhetoric is that it has been selectively applied, so it is seen cynically by the rest of the world as a way to dress up American self-interest,” Farid Zakaria, the prominent CNN journalist writes about the arrogance and hypocrisy of US president. “Trump took this hypocrisy to a new level. He denounced Iran for its lack of freedoms and, almost in the same breath, made favorable mention of Saudi Arabia. By any yard stick — political rights, religious tolerance, free speech — Iran is a much more open society than Saudi Arabia, which is an absolute monarchy allied to the world’s most fanatical religious establishment, where churches and synagogues are prohibited.” [3]

As a matter of fact, the absolute monarchy ruling Saudi Arabia is very similar to the world inside the MKO of which Maryam Rajavi has been a president for over three decades without any alternative. Another similarity is the animosity against the Iranian government. “Many Iranians on social media were up in arms over Trump’s use of the term “Arabian Gulf” to refer to the body of water known historically as the Persian Gulf.” Iranians insist that it be referred to as the Persian Gulf, taking Arabian Gulf as an insult,” RFE reported. It seems that Maryam Rajavi belongs to a very small minority who welcome any aggressive stance against Iranian nation –no matter how dangerous to world would it be. Regarding her warm relationship with the Saudi Prince Turki Feisal, she has no problem with the term Arabian Gulf which is intentionally used by Trump. [4]

On the other side, the EU foreign policy chief Federika Mogherini was clear about the EU’s position. “As Europeans, we will make sure that the agreement stays,” she said. [5]

Therefore, seemingly a decision to decertify would damage America’s reputation and its capacity to pilot other major geopolitical moves. By ditching the JCPOA the US places itself on the sidelines and no nation will trust America`s word anymore. Besides, Trump’s failure to provide details on what an alternative approach to Iran’s deal would look like will make the case more bogus for the MKO leaders who are not playing the least role in the geopolitical scene of the region.

If America withdrawals from the JCPOA, Iran’s isolation will ease and America’s will grow and the MKO’s decline will accelerate.