“Security forces have disbanded a local of the Mujahedin-eKhalq Organization (MKO) terrorist group which had carried out acts of sabotage during recent protests in some Iranian cities over rising prices and economic problems”, reported Press TV. [1] 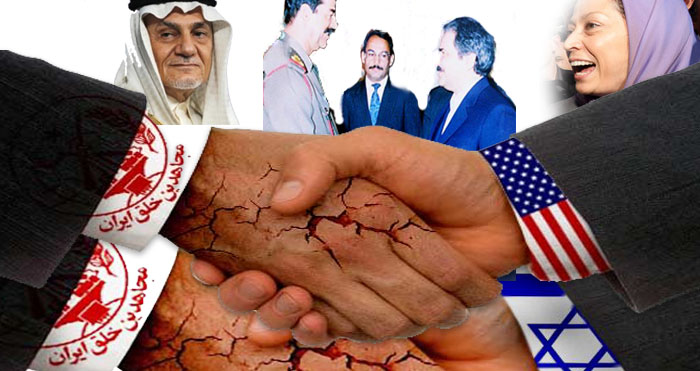 Indeed, agents of the Mujahedin Khalq and their propaganda media were so active in the recent riots in Iran that one may think that the protests were originally instigated by them but actually they acted as the proxy forces of Iran enemies surfing on the waves of Iranians’ inspirations for justice and economic welfare.

Whitney Webb of the Mint Press News denounces the “secret deal” negotiated and signed between the US and Israel and considers the use of the MKO as a part of this deal. “Despite its record of killing innocent civilians, Western media has cited MEK spokespeople and members in its reporting on the protests as “proof” that the Iranian people are calling for regime change, while ignoring the massive pro-government rallies that have coincided with the protests,” he writes. “Little mention has been made of the fact the MEK fighters have been trained by the U.S. military in the past and share connections with Israeli Mossad.” [2]

According to a 2012 Seymour Hersh report, the U.S. military trained MEK fighters in the U.S. in sabotage and insurgency operations. Hersh’s investigated report has been the evidence for a large number of reports about the US-backed operations of the MKO in Iran. [3]

“These people are deeply hated in Iran but feared they are not,” asserts MoonofAlabamablog. “Their early engagement in the “protests” via their website and propaganda ops in Iran may point to deeper role in the riots.” [4]

That’s why, President Rouhani spoke with French President Macron asking his government to stop hosting the MKO. Macron didn’t acknowledge his country’s support for the MKO, but he did call on the US, Saudi Arabia and Israel to calm their aggressive rhetoric against Iran.[5]

According to many credible sources the MKO has the capability of committing violence. The most recent warning about the violent nature of the MKO was made by the US Intelligence veterans who wrote a letter to Donald Trump last month. They ironically suggested, “As long as the MEK would help kill Iranians rather than Americans, they were no longer terrorists.” [6]

According to the signatories of the letter, there have been terrorist attacks inside Iran bearing the handprint of support from the United States. [7]

Moreover, the history of the MKO is undeniable. They are hated by the Iranians and their detrimental part in the protests is obviously dying down.