The three violent organizations listed in this chapter are: ISIS or the Islamic State in Iraq and Syria, the Al-Nusra Front or Jabhat al-Nusra, and the Mojahedin-e-Khalq (MEK) organization or Iranian Mojahedin. 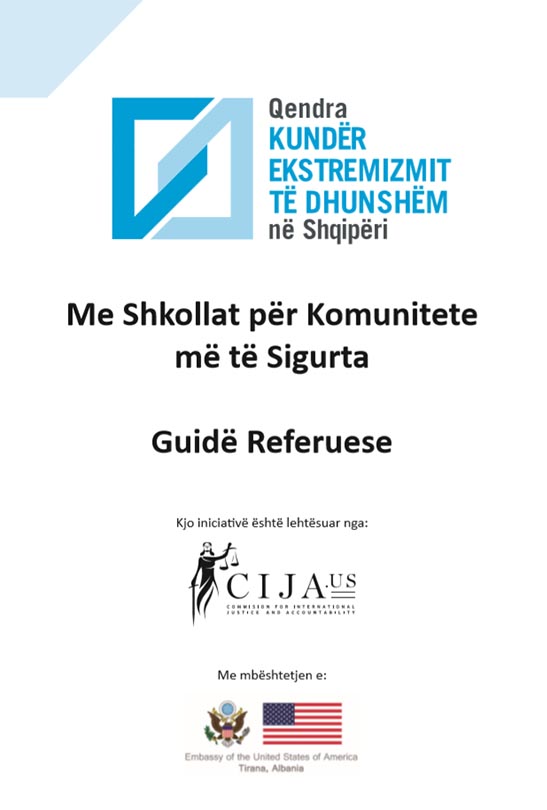 Below is the text from the manual against Violent Extremism titled: With Schools for Safer Communities Reference Guide

Which can be found here:

Violent Extremism in the World and in Albania

International Recruits of the Islamic State

Over 1,000 people have joined this group from Western Balkan countries as foreign fighters, mostly from the majority Muslim areas in Albania, Kosovo, Bosnia, but also from other populated areas with Muslim minorities in Kosovo, Macedonia, Serbia and Montenegro. About 140 people joined from Albania.

The Islamic State in Iraq and Syria (ISIS or ISIL) – a jihadist group known also as the Islamic State (IS),  it exploded on to the international scene in 2014 when it captured large parts of the territory of Syria and Iraq. This group has become infamous for its brutality involving mass killings, kidnappings and massacres. In June 2014, the group formally declared the creation of a “Caliphate” – a state governed in accordance with Islamic law, or Shariah, which is governed by God’s deputy on earth or Caliph.

The Al-Nusra Front or Jabhat al-Nusra, known as Jabhat Fateh al-Sham after July 2016 and described as a branch of al-Qaida in Syria or Al-Qaeda in the Levant, is a jihadist Salafist organization fighting Syrian government forces in the Syrian civil war with the aim of creating an Islamic state in the country. The group announced its formation on 23 January 2012.

Foreign Fighters are defined as “individuals traveling to a state other than their state of residence or nationality for the purpose of carrying out, planning, preparing or participating in activities for terrorist purposes or providing or training terrorist acts, including participation in armed conflicts “. They increase the intensity, duration and complexity of conflicts and can pose a serious threat to their countries of origin, transit, destination, and adjacent areas of conflict where they are more active.

The term jihad (in Arabic it is translated as effort, war, commitment) in the religious sense refers to an important concept of Islam; the struggle and effort in the way of God.

The Hijra refers to the flight of Muhammad from Mecca to Medina and his arrival at Qubã at 12 Rabī ‘al-Wālah = September 24, 622. This event marks the beginning of the Islamic era, which was introduced only 17 years later by Caliph Umar ibn el-Chattab.

Extreme right-wing terrorism is motivated by a variety of ideologies and beliefs, including anti-communism, neo-fascism and neo-Nazism, as well as views on abortion. This kind of terrorism has been sporadic, with little or no international cooperation. Right-wing terrorists aim to overthrow governments and replace them with nationalist or fascist regimes.

Mojahedin-e-Khalq (MEK) is an opposition group in exile that supports the overthrow of the Islamic Republic of Iran. Established in 1965 as a left-wing Muslim group, it strongly opposed the Shah of Iran and was involved in the protests that led to his fall and the establishment of the Islamic Republic in 1979. Initially, the MEK supported the founder of the new republic Ayatollah Khomeini but soon its leader Massoud Rajavi was banned from competing in the first presidential election, making the MEK turn against the government. For years MEK was listed as a terrorist organization until 2013.