Melanie Franklin, a US citizen born on December 21, 1959 in New Orleans, also known as Marzieh Hashemi after converting to Islam, was arrested in St. Louis Airport by the FBI on January 13, 2019 and held in custody for 10 days. 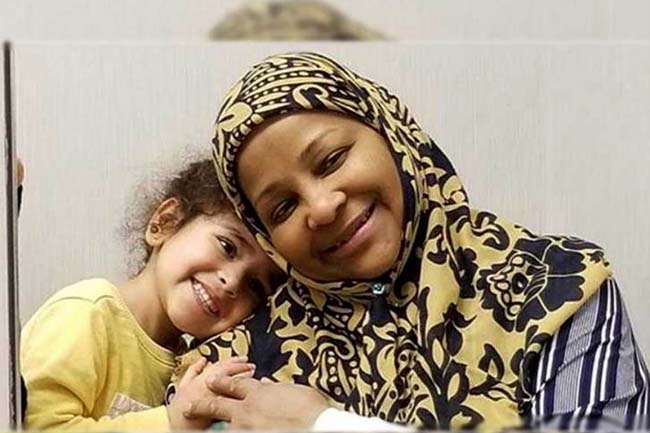 The US judiciary did not make any charges against Hashemi, who is an anchor for international television Press TV, who lives in Iran and who had travelled to the US to visit her family. The US clearly announced that she was only being held to appear at court as a material witness and she would be released after that.

I do not wish to enter the US’s side of the story and any political game might be involved. But the attitude of the Mojahedin-e Khalq (MEK or Rajavi Cult) in this regard is pathetic and, of course, instructive.

While not only did the US judiciary, but no one, no media and not even any opposition group or personality mention any charges against Hashemi, it was the Rajavi Cult which claimed every possible charge against her in its media and submissively tried to inject ammunition into the US political war apparatus against Iran.

I remember how I was recruited into the MEK with anti-imperialistic slogans after the Islamic Revolution of 1979 and how Massoud Rajavi used to claim that the Islamic Republic would eventually become dependent on the US and the MEK would be the only anti US force left.

After the fall of Saddam Hussein in 2003, dramatic changes occurred in the MEK which lead to the exclusion of Massoud Rajavi from the political scene. The cult openly became the loudspeaker of the US and its regional associates and under the guise of an Iranian opposition force, expressed whatever others were ashamed to announce in Washington or elsewhere.

The MEK which has a track record, from triggering the manufactured nuclear crises against Iran to advocating for severe sanctions against the Iranian people and advertising regime change, which are all dictated from the White House, entered the political game of Marzieh Hashemi by advertising in its propaganda outlets the hidden wishes of the Trump administration.

The worldwide campaign of #freemarziehhashemi did not leave any room for the MEK and its benefactors to maneuver, and eventually the project was closed without any outcome for the Rajavi cult.
BY Ebrahim Khodabandeh,