Despite the huge propaganda the Mujahedin Khalq Organization (the MKO/ MEK/ PMOI/ the Cult of Rajavi) launched for the Warsaw Summit, the US-led conference was a failure. The MKO leaders who apparently are too optimistic about Trump’s anti Iran policy, made their utmost efforts to exploit the shambolic conference in Warsaw. Alex Ward of VOX accurately asserts that the meeting “was intended to isolate Iran has ended up isolating America instead — highlighting one of the central problems of President Donald Trump’s foreign policy”. [1]
Ward’s assertion was confirmed by several other journalists and experts. Ron Ben YIshai of the YNetNews writes,

“The Warsaw Summit was a mostly failed attempt by the United States to form a broad international coalition to support the Trump administration’s Middle East policies.” [2]

“U.S. officials have been trying to portray the Warsaw Conference as a success for their plans; the concrete results are far from that,” And Saeb Erekat of Haaretz states.

“Just as with other aspects of foreign policy under the Trump administration, its emissaries have exaggerated its results.” [3]

It seems that the dreams of the MKO leaders have shattered by the end of the Warsaw Summit even though they spent a lot of money to nurture their cause in the sidelines of the program. As usual the group rented speaker and participants in front of the conference hall. At the time, Gregg Carlstrom of the Economist wrote on his twitter account,

“The MEK is having a rally in Warsaw where as usual about a third of the crowd is random non-Iranians who’ve been bussed in from Slovakia and can’t read the signs they’re holding”. [4]

Former New York mayor, Giuliani spoke at the MKO’s show to suggest that “peace in the region would only come when Iran was ruled instead by his clients, the National Council of Resistance of Iran”. [5]
It is widely known that Giuliani’s motivation to support a formerly designated terrorist group which has the blood of Americans in its hand, is just financial. “If the MEK were holding an event on the South Pole, Rudy Giuliani would participate,” Ambassador Daniel Benjamin, Director of the John Sloan Dickey Center for International Understanding at Dartmouth College and former Coordinator for Counterterrorism at the State Department, told Newsweek.

“He seems wholly addicted to the group’s honorarium checks, and he refuses to let it bother him that the MEK has American blood on its hands. He is the picture of a man without principle.” [6]

The scandals of the MKO reached their peak when Des Spiegel exposed more revelations about the true nature of the group a few days after the Poland Summit. In order to prepare the report, Luisa Hommerich interviewed a dozen of the MKO defectors in Albania. “Members of the Trump administration have been providing support to a political sect that aims to topple the Iranian regime in Tehran,” she writes.

“Around 2,000 of its members live in a camp in Albania. Former members say it is subjecting followers to torture and psychological terror.” [7]

The report exposes horrific violation of human rights inside the MKO and eventually the author is accused of being the agent of the IR intelligence by the MKO’s political arm, the so-called National Council of Resistance. The main question that should be answered by the MKO leaders is that given that all the evidences and testimonies on the human rights abuses by the MKO are misinformation forged by the Iranian government, what are the group’s achievements in the past forty years?
As soon as Saddam Hussein’s regime was collapsed in 2003, the MKO was disarmed by the US army. As a result it created a big gap in the then isolated structure of the group. A large number of Ashraf residents defected the group. The process of defection has been going on until now that the group is settling in Albania. This is happening despite the severe control and manipulation by the MKO to prevent defection.
Exploring the history of the MKO in the forty years of its existence after the 1979 revolution in Iran, you are not able to find a step forward to the group’s claimed cause which is the overthrow of the Islamic Republic. The only improvement that the group has made during the recent past decades can be seen in the number of its paid supporters. This is in an absolute contrast with the loss in the number of the group’s loyal fighters. 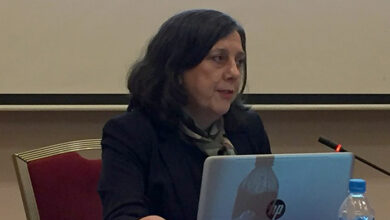