“Cowardice in assassinating foreign leaders is a US-Israeli trademark; NOT Iranian,” Khatibzadeh wrote in a tweet on Friday evening.

“@WashTimes should know better than to publish #FakeNews & spread anti-Iran bigotry -even though it has featured PAID content by the outlaw MeK terrorist cult,” he said. “Your readers deserve better!” 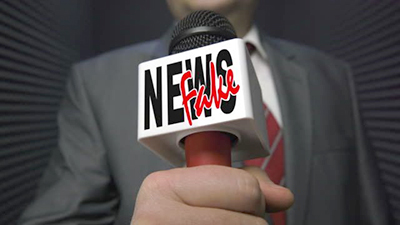 “Trump will soon be dead,” the Washington Times quoted the Iranian president as saying, while vowing blood vengeance for the assassination of top Iranian general, Qassem Soleimani.

“One of the effects of the stupid and disgraceful act of assassinating Martyr Soleimani was that Trumpism ended, and in a few days, this murder’s mandate is drawing to an end and he will go down into the dustbin of history,” Rouhani added.

Lieutenant General Qassem Soleimani, the chief of the Quds Force of Iran’s Islamic Revolution Guards Corps (IRGC), and his Iraqi trenchmate Abu Mahdi al-Muhandis, the deputy head of the Popular Mobilization Units, were assassinated along with their companions in a U.S. drone strike authorized by Trump near Baghdad International Airport on January 3, 2020.

On Thursday, the Iranian Presidential Office’s Deputy Chief for Communications and Information Alireza Moezi also rejected the Washington Times report in a tweet, saying, “It is beneath the dignity of Iranian president to threaten the life of a foreign counterpart.”

“Unlike US regime, Iran does not threaten, nor does it assassinate foreign leaders. President Rouhani clearly said ‘very soon Mr. Trump’s POLITICAL life will be over’. Stop #fakenews,” Moezi wrote on his Twitter account.

In similar remarks on December 23, Rouhani said Trump’s fate will be no better than that of former Iraqi dictator Saddam Hussein.

“We’ve had two lunatics in [our] history, one was Saddam who imposed a military war on us and the other lunatic is Trump who imposed the economic war on us,” Rouhani said at a cabinet session.

“We saw how the Iranian people broke them with their resistance against those who wanted to break us,” the president added.

Trump reimposed sanctions on Iran after he pulled out of the JCPOA, commonly known as the Ian nuclear deal, which was signed under his predecessor Barack Obama.

With Joe Biden’s victory, however, hopes have been raised over the survival of the nuclear deal. Biden has promised to return the United States into the JCPOA if Iran returns to full compliance with the deal.