The leaders of the MKO have put a new way to control the dissatisfied members in Albania, which has ‎become known among the members as the “Prison Therapy “.‎

Given the sharp increase in dissatisfaction in Albania and appeals for separation, the leaders of this group imprison a number of dissatisfied people for various reasons, in order to convince them to obey in an environment of solitary confinement and psychological stress.

Dissatisfied members in Albania who do not publicly express their dissatisfaction with excuses such as spying, drug use, being sexually assaulted, robbed and … imprisoned for weeks and even months, in solitary confinement with interrogations and psychological pressures.

The results of this organization’s plan are that every person who is imprisoned is trying to conceal the opposition to the organization because of the fear of repeating this and seems to be loyal to this group.

The inhuman behaviors of the MKO leaders is still continuing in European country Albania at Tirana Camp and despite the sequential divulging in this regard, almost no response has been made by human rights organizations. 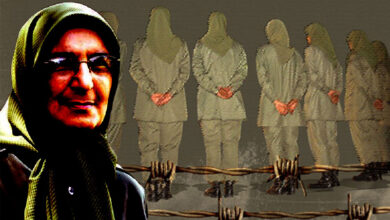