In the spring of 1991, at the request of Saddam, the Mojahedin Khalq Organization killed the people of Iraqi Kurdistan; Of course, the organization denies such things these days.

In the spring of 1991, during the first Persian Gulf War, the People’s Mojahedin Organization (MKO) killed the people of Iraqi Kurdistan.

However, in recent years, the Mojahedin Khalq Organization (MKO) has denied any involvement in the clashes with Iranian forces Mohammad Mohadessin, the foreign policy chief of the National Council of Resistance of Iran in Paris, said in an interview: “The Mojahedin did not cooperate with any government against the opposition of any country, including the Iraqi opposition.” But there is evidence that the MEK committed Kurdish genocide in an operation called “Pearl” after the imposed war and in support of Saddam’s Ba’athist regime.

In the first Persian Gulf War, following the weakening of Saddam’s Ba’athist regime, Iraqi Kurds, who had been chemically bombed by Saddam’s army in Halabja and Khurmal three years earlier, seized the opportunity and captured the Kurdish territory. 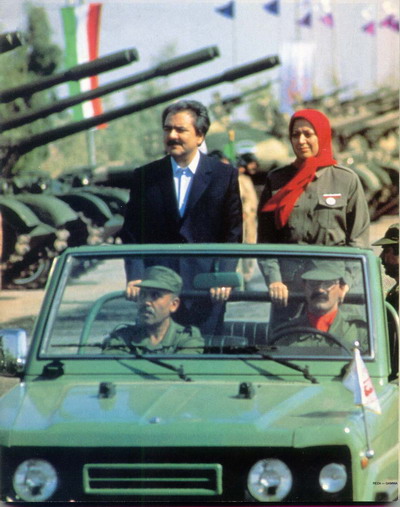 Operation Pearl of the MEK against the Kurds

At the direct request of the Iraqi army, Massoud Rajavi sent troops to the Kurdish areas to save Saddam’s regime, under the pretext of the Islamic Republic of Iran’s forces attacking the MEK bases, and suppressed the Iraqi Kurds until the Iraqi Ba’athist forces which all gone south, return to northern Iraq.

Rajavi claimed that the Revolutionary Guards brigades had captured the city of Khanaqin militarily and issued an order to move artillery, tanks and infantry to the city at night. The city of Khanaqin was under heavy bombardment for a week, and many Kurdish forces opposed to Saddam’s regime were killed, and many homes in Khanaqin were completely destroyed in the operation.

Prior to the invasion to Kuwait, Saddam’s army had evacuated towns and villages in some specific area of northern Iraq from the Kurdish population, killed a number of people in the area, and exiled many to Iran and Turkey.

After Operation Forough Javidan, which led to the defeat of the MEK in Iran, Saddam entrusted the guarding of northern of Iraq, region of Kurdish villages to the Mojahedin Khalq Organization that with the beginning of the first Persian Gulf War, Rajavi’s forces went to that area from Ashraf garrison.

The Kurds were able to take control of the cities of Mosul and Sulaymaniyah and then advance towards cities such as Tuz, Kafri and Jalula. It was enough for the Kurds to cross the Sulaymaniyah Highway and reach the main road and advance towards Baghdad, in which case it would be very difficult to confront them; But the so-called Liberation Army of the Mojahedin Khalq Organization at this stage carried out Operation “Pearl 1 and 2” and suppressed the Kurds, but the Peshmerga in various cities prevented their advance.

Also, a week after Kurdish forces took control of northern Iraqi cities, Mujahedin-e Khalq forces entered Kirkuk in Kurdish costume with posters of Massoud Barezani and Jalal Talebani. They surprised Kurdish militants and Peshmerga in Kirkuk and caused the city of Kirkuk was recaptured by the Ba’athist government, during which, according to Iraqi Kurdish forces, hundreds of Kurdish residents of Kirkuk were killed by members of the MEK. 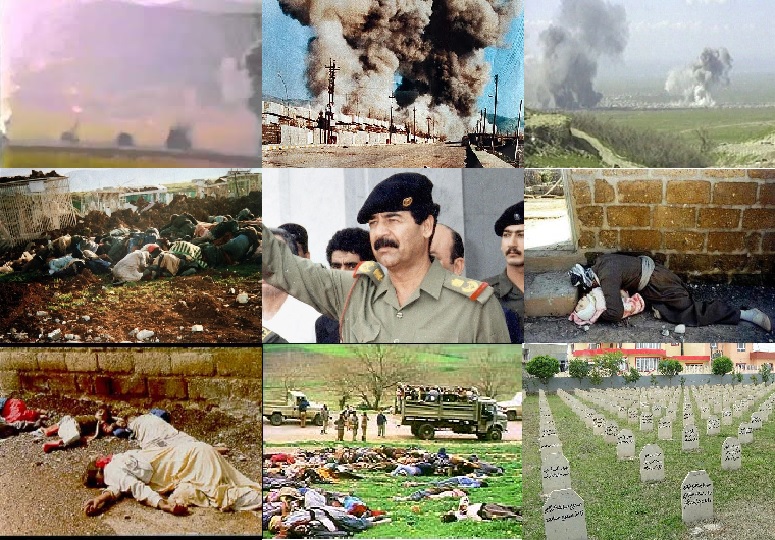 Separators of the organization; Witnesses of the operation

Shams Haeri, an old and separated member of the organization, wrote in the book Mordab: “The Mojahedin Khalq Organization occupied a large part of the Kurdish areas … before the Kurds came to these areas. In the city of Sulaymanbag, the first Mojahedin operation against the Kurds began. The weapons of these Peshmerga were Kalashnikovs and sniper rifles, but the MEK attacked them with B.M.P, A55 tanks and other heavy weapons.

… Many Iraqi Kurdish soldiers who fled the war and wanted to go to their families, crossing the mountains for fear of the Iraqi army and the insecurity of the roads, were attacked and killed by the MEK on the way.”

In this book, Haeri, in addition to stating that members of the Mojahedin Khalq Organization shot at Kurdish houses in the city of Tuz and looted their property, responds to the organization’s claim in recent years: “The MEK has called the war against the Kurds “Operation Pearl” to cover up Kurdish genocide and interfere in the internal affairs of the Kurds; If only in Khanaqin, that means in the border area between Iran and Iraq, a part of the Mojahedin Khalq forces… were attacked by the forces of the Islamic Republic; But in other places… there was no Revolutionary Guards. During the operation, four teenagers under the age of 20 were arrested and brought in front of Iraqi television cameras as ‘Guards’ to prove that the Iraqi Kurds were not – all – Kurds, but that agents of the regime were among them.”

Reza Asadi, a pilot and air force officer who was among the flight crews during the escape of Bani Sadr and Rajavi and was a member of the organization for many years and left the organization after a few years, has stated in his memoirs entitled “Vapasgara”: “Saddam had promised to stand in front of the Kurds until the Iraqi forces arrived and block the way for them … The MEK justified its forces and members by saying that they(the Kurds) were not – in fact – Kurds; but, it is the forces and soldiers of the Islamic Republic that are dressed as Kurds!”

Rajavi’s enmity with the Kurds

“Iranian soldiers, dressed in Kurdish uniforms, are trying to attack the Mujahedin,” – Massoud Rajavi told in briefing meeting to members of the organization. He said shortly afterwards when members became skeptical that “The Revolutionary Guards of the Islamic Republic and the Union of Kurdistan have united to attack the Mojahedin.”

After Operation Pearl, summarizing operations were held at Camp Ashraf. “The Iraqi Kurds were our long-time enemy … In this operation, we had strategic unity and common interests with the landlord and we saved the landlord (Saddam),” – Massoud Rajavi told in the meeting.

Maryam Rajavi also said: “I had previously told you that these people do not deserve to be shot and put them under the tank and keep the bullets for the guards.”

Majid Alamian, the commander of the 1st Axis Engineering, said in a report: “The locals, got killed with the forces surrounded by the armored and mechanized units of the First Axis and gathered in the heights of the Jebehdagh, we buried them with a loader, one of them was alive and was blown up several times by a person named Ghulam Nabi with a loader nail and hit the ground to be killed. This is the hatred of Maryam’s fighters against the Iraqi Kurds.”

Other documents and evidence

In terms of evidence, the Iraqi Kurds have repeatedly stated that they have documentary evidence that the MEK played a role in suppressing the 1991 Kurdish uprising.

After the situation calmed down, during Saddam’s visit to Diyala province, the governor of Diyala told Saddam in front of reporters’ cameras that “we owe Iraq and Diyala province to the services of the Mujahedin brothers.”

Saddam’s first deputy, Ezzat Ibrahim al-Duri, also congratulated Rajavi at the meeting of the Iraqi Ba’ath party after the repression of the Kurds, and everyone that was presented, applauded for a few minutes. The video of this meeting was broadcast by Rajavi at the internal meeting of the organization for all members.

Also in 2009, when the Iraqi Supreme Court was convened to investigate the crimes of the former Iraqi regime during the 1991 uprisings, it was announced that about 5,000 complaints had been filed against the Ba’athist regime and the Mujahedin Khalq Organization.

The Iraqi Kurds hate the MEK so much that after the fall of Saddam, they called for the trial of Massoud Rajavi, accused of collaborating with Saddam Hussein in suppressing the Kurdish people in Iraq.