Between 2013 (in the last days of the Berisha Government 2) and 2016, several thousand Iranians arrived in Albania on the basis of an agreement never made public between the Albanian governments and the international community.

These Iranians were part of a former terrorist organization (until 2012 it was also listed as a terrorist entity by the U.S. State Department). The organization is known by several names or as part of other umbrella organisations such as MEK, NCRI, PMOI, etc. These Iranians sheltering in Albania are also known as members of the Rajavi Cult. With the arrival of this organization to Albania from Iraq, a series of desertions from its ranks were recorded. Men and women members deserted and left, either when the Iranians had settled on the outskirts of Tirana or when they were transferred to Manez in the so-called Camp Ashraf 3.

After Albania was hit by the Covid-19 pandemic, desertions increased in Camp Ashraf 3 as well, because this virus spread significantly in the camp leaving many dead and many affected by it. (For more see this link:

In recent days, in addition to the continuation of desertions, even of family groups, there have been serious human rights violations of these former members of the Rajavi Cult. Such violations of human rights constitute at the same time criminal offenses which carry prison sentences according to the articles of the Criminal Code of the Republic of Albania. The Danafar family tragedy occurred in late November when the Danafar family decided to leave the Rajavi Cult. The father of the family and his two sons, Navid Danafar and Shahpour Danafar, asked their Rajavi Cult superiors to allow them to leave the Manez camp and live in the city of Tirana like many other former members of the cult. The commanders of the camp on the direct order of Maryam Rajavi, the cult leader, refused to allow the family in question to leave the camp in Manez and settle in Tirana. 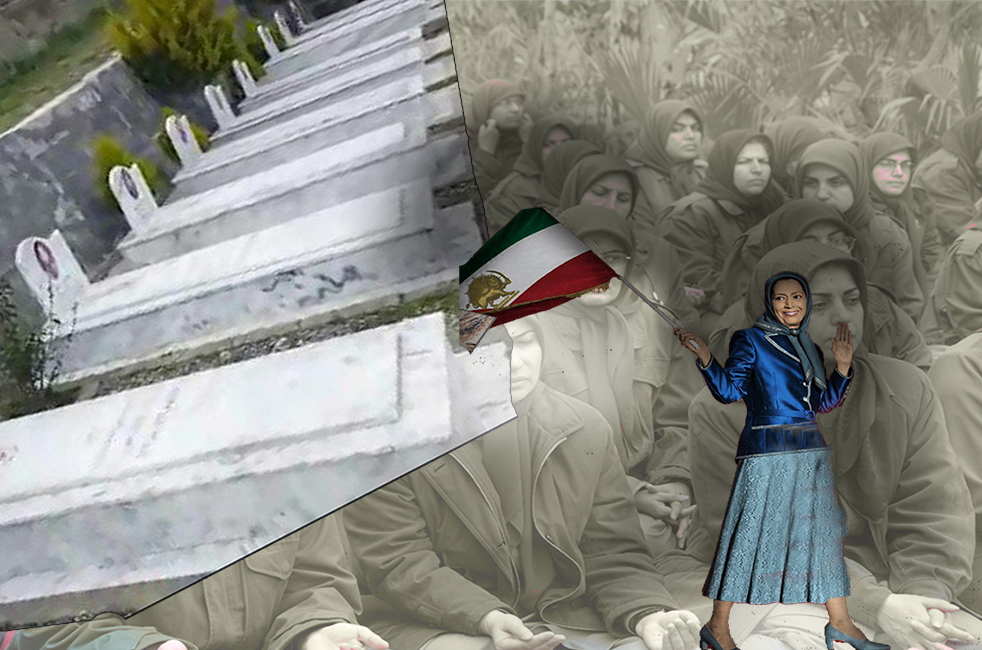 One of the sons, Shahpour Danafar attempted suicide by cutting the veins of his wrist. Shahpour was hospitalized in QSUT Hospital (University Hospital Center “Mother Teresa”). Albanian state bodies are keeping a dirty silence over this case of attempted suicide.

The police of Durrës and Tirana have not mentioned such a case in their press releases at all. The QSUT directorate, gripped by the fever of changing its head, has also kept a total silence. We remind the police, doctors and leaders of the Rajavi Cult that inciting suicide is a criminal offense, punishable by imprisonment. To the leaders of the police in Durrës and Tirana as well as the director Gledis Nano, we bring to their attention what is written in article 99 of Law no. 7895 dt. 27/1/1995: “Causing the suicide or attempted suicide of a person, as a result of systematic ill-treatment or other systematic behaviour which seriously affects their dignity, committed by the person on whom they are dependent or by the person with whom they have a family or cohabitation relationship, is punishable by imprisonment from three to seven years.

All those police officers and medical personnel who have kept their mouths shut in the face of such a crime – which is punishable by up to 7 (seven) years in prison – should ask themselves if it is worth going to jail to fulfil the criminal whims of an old woman; former apolitical and stateless terrorist (no homeland), like this Maryam Rajavi?

Unfortunately, even now, when we are writing this article, the violation of the human rights of the victim, the survivor of the suicide attempt continues! From the amateur mobile phone videos made secretly in QSUT, it transpires that 2 (two) male guards, members of the Rajavi Cult, are constantly posted next to the victim. I remind the new director of QSUT, Mrs Albana Fico, that the stationing of two such guards next to the victim all day is in flagrant contradiction of the provisions of the Basic Regulation of the Functioning of QSUT of v. 2015. The presence of two such “full time” guards is nothing short of constant psychological torture of the victim Shahpour Danafar.

Such a flagrant violation of the law means administrative but also criminal penalties for all those Albanians who, by violating the law and the bylaws in force, have joined the Rajavi Cult in violating the human rights of the victim Shahpour Danafar.

I remind the police officers that the brother-in-law of director Fico, currently Minister of the Interior of the Republic of Albania, after the incident with the police, who deliberately pushed the journalist and cameraman into the abyss, did not hesitate to sell the police officer in question. After this scandal of an information blackout of the suicide attempt of a foreigner, who is in Albania as a person protected by the Albanian state (Article 27 and Article 33 of the Fourth Geneva Convention), the police of Durrës and Tirana cannot be silent; most hopefully Minister Cuci this time will not sell his subordinates! I publicly call on former terrorist Maryam Rajavi to clarify the fate of the mother of the two sons Shahpour and Navid. The lady is still in Camp Ashraf 3 in Manez. It is not known, whether she remains in the camp voluntarily, unlike the other 3 family members, or she is merely a hostage in the camp. In the second case, I remind the Albanian police that the head of the cult, Maryam Rajavi and her subordinates have committed beyond any reasonable doubt the criminal offense of unlawful deprivation of liberty of a person.

It is not too late for the Albanian officials to stop their criminal cooperation with the former terrorist Maryam Rajavi and stop the violation of the human rights of the poor “serfs”, who are kept locked up in Camp Ashraf 3. The troubles are not over for the former terrorist Maryam Rajavi – the haemorrhage of members from Camp Ashraf 3 continues. The Rajavi cult ranks are being abandoned not only by ordinary members but also by the high-ranking members of this cult. In the past two weeks, another member of the cult, a very famous Iranian singer named Farshad, left the camp in Manez. This singer, just like Mr Shahpour Danafar, does not ask for anything except that the former terrorist Maryam Rajavi allow him to live in Tirana as a free man and not as a “serf” in the Manez camp. I take this opportunity to call on the Albanian police to take care of Mr Farshad, because he is under constant psychological pressure from the cult commanders. You can expect everything from the former terrorists of this cult, so I pray to God that the Albanian police protect Mr Farshad.

A brief investigation which I conducted revealed to me that a commander of the Rajavi Cult with the nickname Javad Khorasan (his real name is Morteza Ismail) has exerted extreme psychological pressure on Mr Farshad. I hope that the Albanian police will take care of Mr Farshad thus avoiding any extraordinary event such as murder, suicide or even murder disguised as suicide. I appeal to the Albanian police to protect the lives of these Iranians, because the Albanian state, in written agreement in accordance with the Fourth Geneva Convention, bears responsibility for protecting the lives of these Iranians as internationally recognized protected persons. The U.S. military, since 2003, has categorized these Iranians as protected persons. I strongly believe that both the Albanian police and the Albanian secret service, in accordance with the written commitment of the Albanian government and following the example of the U.S. allied military, will take every measure to protect the life and health of these Iranians, who have abandoned the Rajavi Cult and Camp Ashraf 3 in Manez.