Members of the Association for the support of Iranians Living in Albania (ASILA) delivered a statement by the end of their protest in front of the Albanian immigration and border Police. 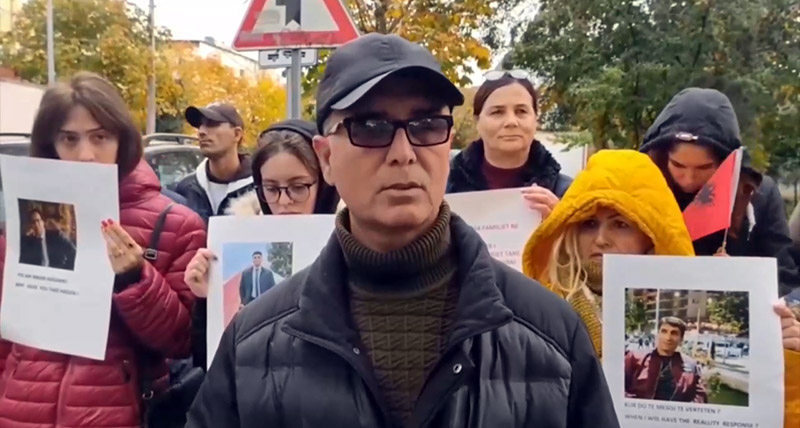 Hamid Atabay read a statement at the end of the rally

On Thursday December 1st, the Iranian and Albanian members of ASILA protested against detention of six members of the association, Hassan Heyrani, Mehdi Soleimani, Ehsan Bidi, Hassan Shahbaz, Gholamreza Shekari and Ali Hajari by the Albanian immigration and border Police in Kareç detention centre, in north of Tirana.
Hamid Atabay the most recent defector of the Mujahedin Khalq who immediately joined ASILA after his defection read a statement at the end of the rally. The statement proclaims:

“We, members of ASILA gathered together to ask the Albanian government to release our friends. We are peaceful people who want a normal life. We are neither interested in political activities, nor in religious activities.
The United Nations and the US government relocated us in Albania to save our lives. The Albanian authorities and political parties all agreed that we had been transferred to a democratic country. Now, what is the matter that they have detained 6 of our friends without explanation of charges and Judicial enlightenment?

We demand the Albanian government and political parties to release our friends and to relieve their families who are concerned about them.”