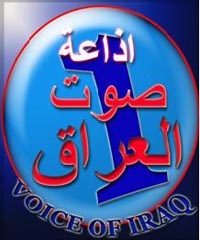 "MKO seeks to fuel the sectarian ordeal, intervenes in the Iraqi issue, and takes aggressive position toward the parliament and the elected national government", Unified Iraqi Coalition’s chief Abdel Aziz al-Hakim was quoted by Voices of Iraq News Agency as saying.

At the fifth anniversary ceremony of the assassination of his brother, Seyyed Mohammed Baqir al-Hakim, the UCI chief said the "MKO presence in Iraq lacks any legal or international cover".

The MKO, blacklisted by many countries including EU member states as a terrorist organization, has been involved in the killing of many Iraqis under Saddam Hussein’s regime.

The government banned any deal with the members of the MKO.

Hakim said "Iraq’s constitution forbids using Iraq as a base of aggression, and the governmental demands are fair and constitutional to gain sovereignty and independency".

Iraqi parliamentarians and other officials have also called for the expulsion of MKO members from the country.