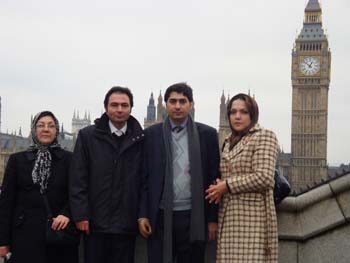 Nejat representatives described conditions inside Camp Ashraf in Iraq. The camp is the military/ideological training base of the Mojahedin-e Khalq (MKO) cult organisation. The group has been detained there by the American army since 2003.

Dr Fox was moved by the stories of two women in the delegation who have not seen their relatives for many years because of MKO directives for members to divorce from their spouses, children and families. Mrs Foroushani, from Isfahan, has a son in Camp Ashraf and Mrs Iranpour, from Shiraz, has two brothers in the camp. 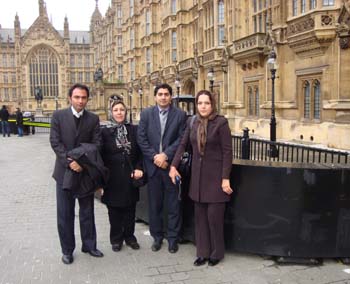 Dr Fox expressed his concern that neither the US army nor the Iraqi government have moved to dismantle the military infrastructure of what is in fact a foreign terrorist organisation and its training base in Iraq. The MKO has been listed as a terrorist entity in the US since 1997. He told the delegation he would raise the issue directly with the Americans at the earliest opportunity.

The US army has agreed to hand over control of the camp to Iraqi authorities by the end of this year when the Iraqi military will take over protection of the camp and its detainees. Although for five years the Iraqi government has demanded that the MKO be removed from Iraqi territory, guarantees have been given that no MKO will be forced back to Iran against their will.

Nejat is asking UK policy and decision makers along with human rights organisations in the UK to support the position of the Iraqi government toward the MKO.

The delegation explained that the first steps toward resolving the problem posed by Camp Ashraf include facilitating free and unfettered reunions between families and their relatives in the camp. A separate camp should immediately be established adjacent to the camp in which members can take refuge if they choose to renounce violence and go back to civilian life. Nobody should be forced to remain a member of a dangerous paramilitary force against their will.

Dr Fox expressed his satisfaction that this approach would be a humanitarian way forward to resolving the problem.

By deception, the prisoners of war were moved into Ashraf garrison