I have to divide this part of my memoirs into two sections: before the fall of Saddam Hussein and after that.

After the basic agreements were reached in the visit between Masud Rajavi and Tariq Aziz, Masud tried his best to serve Saddam Hussein in return for his favors. It is worth knowing that Saddam Hussein gave priority to grant MKO’s demands and requests over all his plans and gradually this support was rapidly increasing in quality and quantity. During the 17 years, between 1985 and 2002, while Masud Rajavi was flattering his boss in Iraq, Saddam Hussein could lead the group in any way he wanted. It should be reminded that the assassination of Sayad Shirazi in Iran was carried out by the direct order of Saddam Hussein. Sayad Shirazi was a commander who resisted against the Iraqi army very firmly during the war, so Saddam had personal rancor against him. Rajavi directed this act of terror for Saddam’s sake only, justifying his crime as eliminating a common enemy.

Rajavi was granted a large reward by Saddam. He was so proud of it that he noted it in all his meetings saying such an act was welcomed by the landlord (Rajavi referred to Saddam as the landlord or Mr. President). However, when you focus on Sayad Shirazi’s assassination, you see that they killed a person who did the most resistance against the invading enemy, but MKO assassinated his personality first and then assassinated him physically and finally they defended their dirty crime.

In 1985 and 1986, Rajavi began his military campaign by bringing his innocent sympathizers from all over the world to Iraq by any means he could, including force, intimidation, and deception. They sent smugglers to gather homeless youth and bring them into the organization. When the recruits were transferred to Iraq, they settled in Camp Ashraf in North of Iraq. From the beginning, MKO needed to have a section to organize its relations with the Iraqi government so it was established and named Foreign Relations Department. Masumeh Malek, a member of the Leadership Council was the person who had sort of responsibility over this section.

Abbas Davari was one of the people who were hired for this section too because he knew Arabic and Mehdi Abrishamchi was also working there before going to Europe. Rajavi himself had arranged some meetings with the Iraqi officials. He always pointed out those visits as being successful, and that he could convince them he really loves Mr. President. Therefore he succeeded to have visits with Saddam Hussein, flattering him in order to get more money and weapons. So long as Saddam was in power, Rajavi always talked about the large amounts of money and weapons granted by him, in his meetings with the Leadership Council. He also told us about the juridical support given by Saddam’s regime regarding false passports or ID cards while the terror teams of MKO wanted to cross Iranian borders to launch their terrorist operations.

Maneuver lands provided by Saddam Hussein was one of the facilities made available. I remember the time when women were winning the high ranks in MKO; there were some trainings for them. The trainers were mostly Iraqi commandants who taught intelligence and security skills too. The women had learned a lot of Arabic. The mutual services Rajavi and Saddam offered to each other led to a lot of benefit for both sides. With the large funds granted by Saddam Hussein, MKO could develop its bases in some European countries. It is obvious that spending too much money will solve many problems. The organization could use Saddam’s money to gain the support of a lot of people to reach its goals. Due to the type of relations with Iraqi government, most of MKO’s actions were rather planned by Saddam Hussein than being adapted with the organization’s principals. Sometimes the members were directly receiving military trainings under Iraqi army commandants. For military maneuvers they used the lands confiscated from the Iraqi citizens.

Then they sent Maryam Rajavi and a group of other members to Europe. They claimed that whatever happens to Camp Ashraf, these people should take care of the organization in Europe. When the US army invaded Iraq, Rajavi’s strategy was to arrange an attack to Iranian borders. After the fall of Saddam, there was a new phase for MKO, and there was also a new question: what would happen to us? What would be our policy? Then we were surprised to see Rajavi organizing a new system called “Kaviani”. Kaviani was the section for negotiations with American forces and also the new Iraqi government. It is worth knowing that the same members who were active in Foreign Relations Department (relation with Saddam’s regime) were now responsible to deal with the new government.

This time, they changed the name of this section and called it Social Relations Department which was responsible to contact Iraqi people too. “Piercing” (cult jargon) was the organizational expression used for this latter duty. The most important target and also outcome of this was “Saleh Matlaq” who was absorbed by MKO. To achieve such a goal, they used any tools such as religious, political, mental and financial means. Their goal mattered to them only. They made too much efforts to affect have an effect on people and maintain their support. The Social Relations Department arranged dinner parties; and celebrations in Camp Ashraf to accomplish its propaganda purposes. They gave out large amounts of money taken out of Iraqi banks, to poor Iraqi citizens in order to gain their support. As an eyewitness, I can courageously say that before the fall of Saddam Hussein even one single Iraqi wasn’t able to enter the camp and Iraqi people had no idea about MKO.

Even a group of members were appointed to deal with Iraqi citizens in order to recruit them. The interesting part was that they had considered prizes for those who succeeded to bring Iraqi citizens into the Camp and put them in front of camera for their propaganda campaign.
Translated by Nejat Society 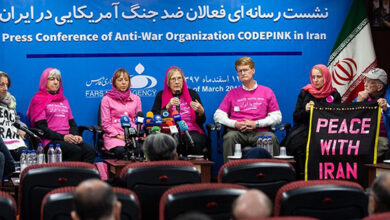 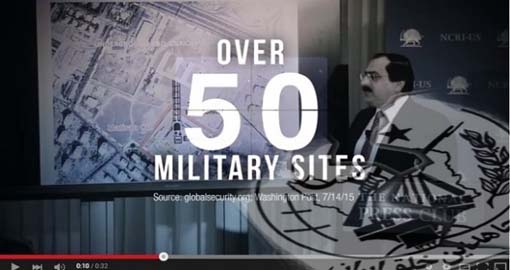